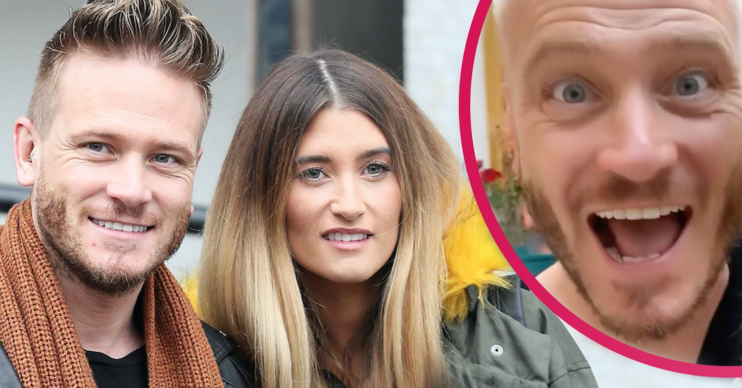 Wow! That's quite the change!

So shocking and unexpected was the cut, it left fans divided.

Matthew’s wife – fellow Emmerdale star Charley Webb – shared a video showing their children getting ready to give him a haircut.

And it was quite the haircut.

What did Emmerdale star Matthew Wolfenden do to his hair?

With her two sons, Charley used scissors and clippers to shave off Matthew’s lustrous locks.

Captioning the video, she said: “It was a family effort [scissors emoji].”

But that wasn’t the half of it. With bowls full of discarded hair Matthew then revealed the final look.

He now rocks a close-shaved head that had been dyed platinum blond!

How did fans react to the extreme hair transformation?

Despite the fun the family had and Matthew’s stunning new look, some were disappointed that he shaved off his trademark locks.

One said: “Ooooooh noooooooo! I love the longer hair the boys all have lovely long hair and Daddy’s is gone?? Is it for charity ??? X”

Another exclaimed: “Awwww!!!!! Matthew has the best hair and you’ve cut it all off!”

A third sighed: “Oh I loved your hair.”

Some fans loved it!

However, some fans loved the new, sleek buzzcut.

Emmerdale co-star Sammy Winward joked: “I would never let you anywhere near my hair!!! The kids yes, you no! [cry-laugh emoji] looks great xxxx.”

Another said: “Love it, its so light now it’s shorter.”

A third gushed: “Much much better [clap emoji, fire emoji].”

So what does this mean for his Emmerdale character?

With his extreme makeover, Matthew could’ve dropped a bit of a spoiler for his Emmerdale character David Metcalfe.

After all, it’s a bold move and the new look is very out of keeping with his character.

So could it hint at some time away from the Dales?

After all, with continuity issues it’s unusual for soap stars to make drastic changes to their appearance…