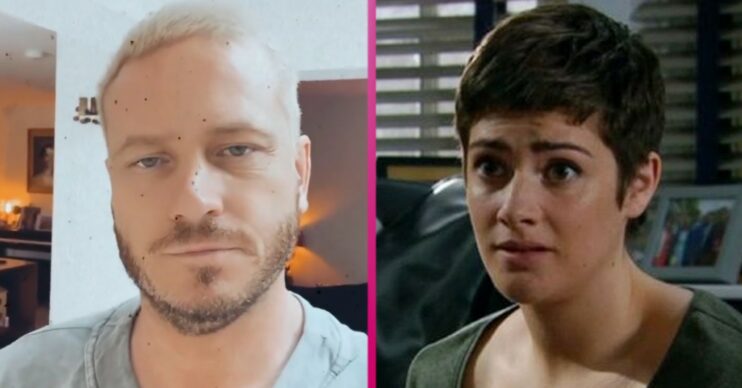 The actor ignored the row

Emmerdale star Matthew Wolfenden has broken his silence after allegations of a row with Isabel Hodgins.

The David Metcalfe actor has taken to Instagram after reports of the row emerged.

However, he has failed to address the explosive situation directly.

Instead he shared a video of himself making breakfast for his family.

Matthew was all smiles as wife and Emmerdale co-star Charley Webb filmed him cooking eggs.

He gave her a big thumbs up as he prepared egg and soldiers for their three young boys.

Matthew also shared a video of his sons colouring on their dining room table.

However, there wasn’t a mention of the alleged row between Matthew and his co-star Isabel.

According to The Sun, bosses were forced to intervene over the row.

A source claimed: “It was very heated.”

The incident reportedly happened while the actors were travelling to set to film the dramatic waterfall stunt that saw Isabel’s character Victoria be dragged over the edge.

It was very heated.

Matthew, Isabel Hodgins and Aaron Anthony were all travelling to set.

According to the paper, the two stars were caught up in the row as they were filming with Aaron, who plays personal trainer Ellis Chapman.

Tempers are then said to have flared off camera.

The source claimed: “It left a lot of those present at the filming feeling uncomfortable. It was a very heated situation. Tempers were running very high. It was tense and bosses got to hear about what had gone on very quickly.”

It is also claimed that Matthew and Isabel took a break from filming so bosses could investigate what went on.

One insider added: “While they were on set a comment was made which unintentionally caused offence, and an argument broke out among some of the cast members. This was a massive deal for all of them and obviously everyone was under pressure to make scenes work.”

An Emmerdale rep said: “We would never comment on individual cases.

“Emmerdale has robust policies in place to deal with any allegations brought to our attention and take the appropriate steps.

“Neither actor has been suspended from Emmerdale.”

So what do you think of our story? Let us know on our Facebook page @EntertainmentDailyFix.