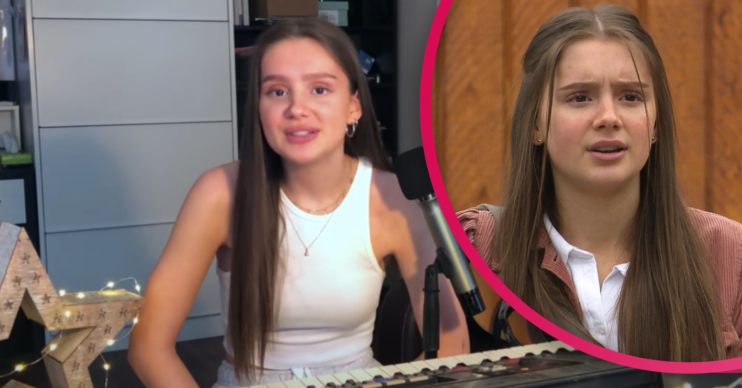 She's got an amazing singing voice too

She’s the fifth actress to play the character and took over when the role shifted to include more dramatic storylines.

What else has Emmerdale star Katie Hill been in?

Emmerdale is talented Katie’s first television role, but we reckon she’s got a great future ahead of her.

She often posts videos on her Instagram account of herself singing –  much to the delight of her 52,000 followers.

Read more: Who is Sarah Sugden and how did she nearly die – numerous times?

During the first lockdown in 2020, Katie took part in The Woolpack Sessions.

These were a series of videos posted by the extremely talented Emmerdale cast, sharing themselves singing their favourite songs.

Katie’s cover of Ariana Grande’s Almost is Never Enough has been watched more than 200,000 times.

Who is Katie Hill friends with?

Read more: Who did Freddie Jones play in Emmerdale and who was his famous son?

With her relationship with Charity finally looking more positive, Sarah’s gone off to Scotland to spend time with her mum. But we reckon she’ll be up to no good as soon as she’s back.

Want more on Emmerdale and its characters?

Entertainment Daily has a dedicated Emmerdale spoilers section for you to get your fix before the latest episodes air.

What do you reckon?  Leave us a comment on our Facebook page @EntertainmentDailyFix and let us know.