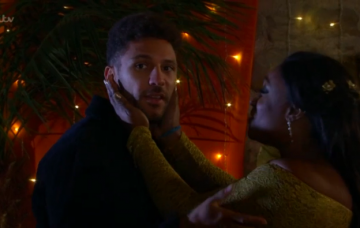 He's been through so much

The bad boy was released from prison early and turned up in the village in time for the wedding reception.

It has been revealed actor Jay Kontzle has landed the role and he may already be familiar to viewers.

Actor and singer Jay previously appeared on Britain’s Got Talent as part of boy band The Mend back in 2012.

He had a tragic start to life when aged just four his mother was killed in a car crash.

His heartbreaking past was revealed when he appeared on the ITV talent show and spoke about his loss.

A friend told The Sun: “Tears welled up in his eyes as he said, ‘That’s why I’m here, I get my love for performing from her’.”

He opened up about his devastating loss during his audition for the band.

The friend told how Jay actually messed up his first audition and had to beg to be allowed to sing again.

And when he did he blew them away with his version of M People’s Hero.

The pal added: “One woman was so overcome she had to leave the room.

“Jayme told me months later that when he was telling me about his mum at the audition he suddenly felt like she was there, telling him that he wasn’t in the band and he had to sing again.”

The band broke up after Britain’s Got Talent and Jay moved on to other pursuits.

He has become a patron of Emmerdale co-star Danny Miller’s charity Once Upon A Smile and is now a dad of two.

But on-screen Billy is set to shake up the village after being released from prison or as his brother Ellis put it: “Where Billy goes misery soon follows.”

What did you think of Billy’s entrance? Leave us a comment on our Facebook page @EntertainmentDailyFix and let us know what you think!