Actress Jane Cox has admitted the tears on set were very real indeed, when she filmed her final scenes as Emmerdale matriarch Lisa Dingle.

Lisa died in devastating scenes on Thursday (May 23), just moments after she remarried Zak Dingle. 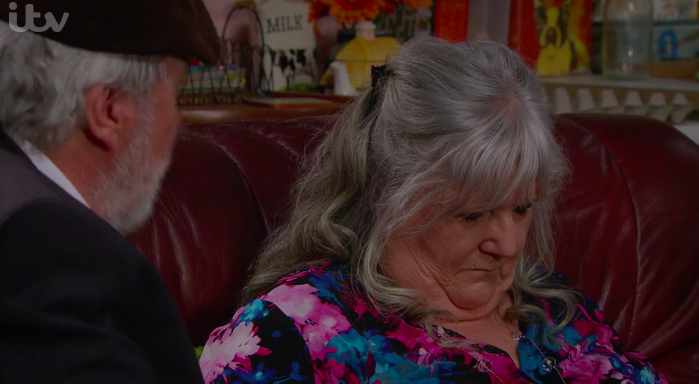 Lisa passed away on the sofa at home (Credit: ITV)

Viewers were left sobbing as Lisa's life slipped away while she rested on the sofa, having returned home to change.

And it wasn't just the viewers who were upset - the cast and crew were too!

Appearing on This Morning (May 24), soap star Jane admitted the scenes were very emotional to film. 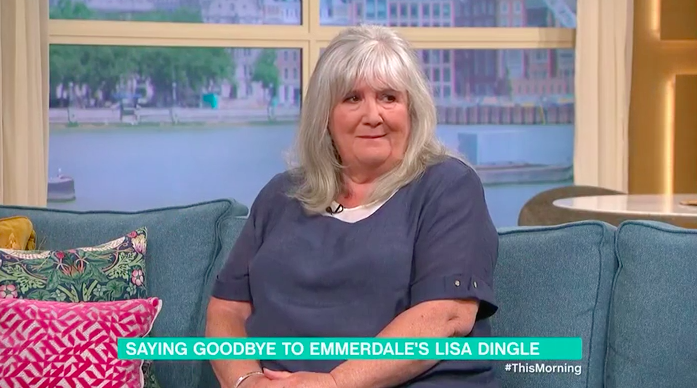 Jane needed a tissue even talking about it on This Morning! (Credit: ITV)

Speaking to Eamonn Holmes and Ruth Langsford, she said: "It was a huge mixture of emotions. The tears were real.

"The lovely Steve Halliwell [who plays Zak] and Eden Taylor-Draper [Belle] - I'm not going to be working with them anymore. It was a very strange thing.

I am open to doing some acting. But not a serial drama.

"Steve and I are really good friends as we've worked together since 1990 - five or six years before I was even on the soap."

Describing her last day on set, she went on to say: "We started at 7am and I filmed two scenes - the last my character was alive and the one where Zak finds me dead.

"I sat the whole day on the sofa, Lisa was dead. I had everybody around crying, in bits.

"I don't know if they'll show it tonight, but the dog... You know how animals pick up on things. He came up to me and put his little paws on me, and came up and licked my face. He's so sweet." 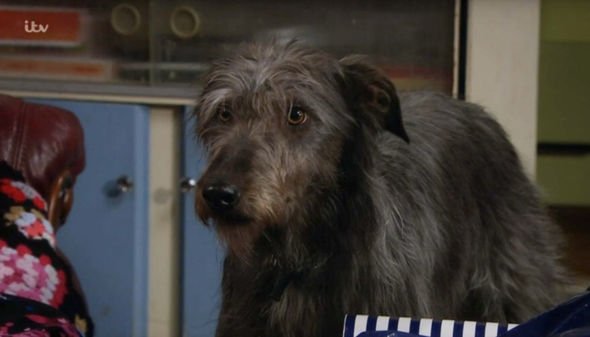 The dog knew something was wrong... (Credit: ITV)

Jane then told viewers that she had a "wonderful" farewell party with a band and she "just danced my socks off".

When Eamonn asked Jane why she'd made the decision to retire, she answered: "I suddenly felt that if I didn't do it now, then I probably never would. It was the right time for me to leave.

"Although you never know how long you're going to be on a contract I was very fortunate I was there for all that time. But the 23 years have gone in a flash."

Jane went on to admit that having a bit of time off had helped her make her decision, and revealed there are other things she'd like to do including writing a book. 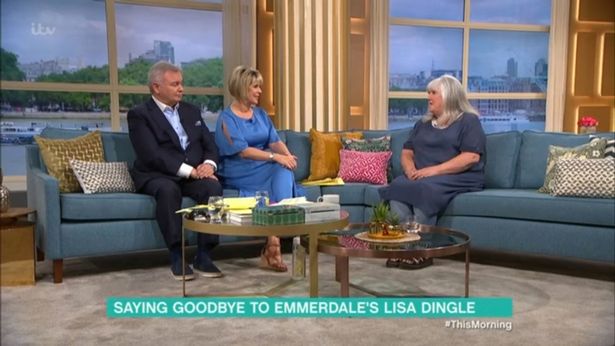 Jane's off to make jam and wine! (Credit: ITV)

Discussing her future, Lisa - who lives in Scotland - continued: "I am open to doing some acting. But not a serial drama. It doesn't allow you the time to do other bits and pieces. I bake bread now and make jam and make wine from our apple trees."

She also revealed she has been vegan for a year and aims to lose weight as she's not healthy. She admitted she's already lost "just over two stone".

Sadly we won't be seeing Jane, 67, on reality shows like I'm A Celebrity and Strictly either, as she insisted: "No, no, no I wouldn't do that. I'm an actor, and don't consider myself a celebrity in that way."

Will you miss Lisa Dingle in Emmerdale? Leave us a comment on our Facebook page @EntertainmentDailyFix and let us know what you think!