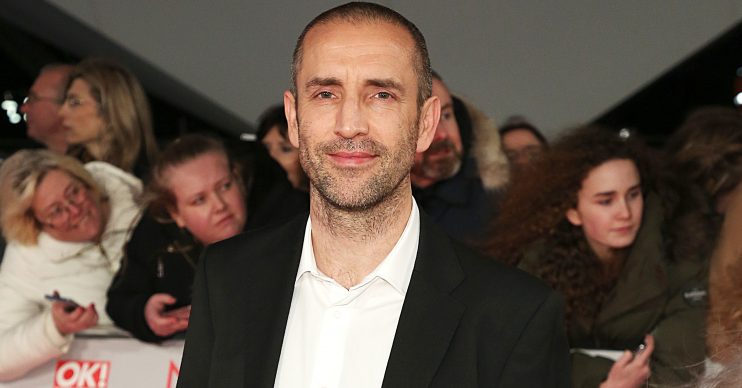 Who knew he was hiding THAT under his shirt?!

James Hooton, who plays Sam Dingle in Emmerdale, has shown off some impressive climbing skills while on holiday in Majorca.

Not only does his athletic abililty impress, but look at that toned back muscles!

James shared a video clip to his Twitter page of him scaling a wall outside his apartment bedroom window and impressively making it look easy!

I was SO tired last night, I just had to climb into bed! #mallorca #limitedaccess pic.twitter.com/vUuTWmRPzY

Although fans were impressed many of them were more than a little worried about his back – his shoulders looked pretty red.

“Ouch – hope your back isn’t too sore this morning – get that suncream on those shoulders (oh and well done on a great climb),” said one.

Another added: “Back very burnt. Ask somebody to cream your shoulders next time!”

“Look a bit sunburnt there James,” agreed a third.

It’s not the first time James has stunned on his social media. Last year he shared a snap of him looked very different indeed.

All these years, the 46-year-old soap actor has been hiding a ripped body underneath his warm layers…

Alongside the photo of his toned torso, he wrote: “Session Complete! #everythingaches.”

In an earlier post on the same day (Wednesday 24 October), he revealed part of his fitness regime includes wall climbing for “hamstring rehab and some strength training”.

Some of his fellow soap stars were quick to compliment James on the just desserts of his exercise routine, with Adam Thomas calling him a “beast!”

Other fans simply spluttered “wow”, while one told James she’d “spat out her brew” at the shot.

Despite dad-of-two James insisting the photo was partly down to good lighting and camera angles, some told former star Kelvin Fletcher his buff crown had been stolen.

James has played Sam on the ITV soap for almost 25 years.

And the groundskeeper at Home Farm has definitely been keeping that under his khaki parker for quite some time!