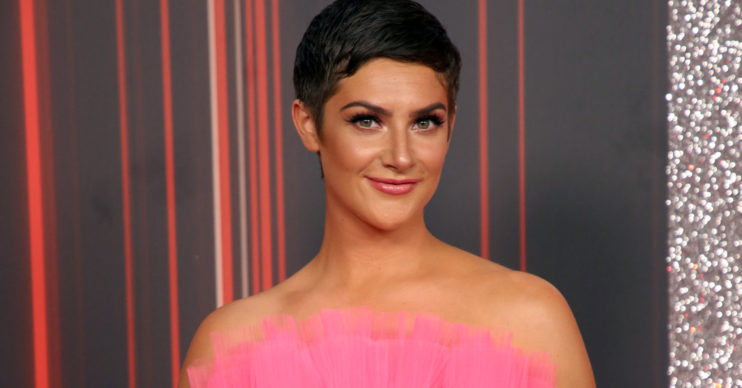 They could be twins!

Emmerdale star Isabel Hodgins has stunned fans with a selfie of her and her lookalike sister.

The Victoria Sugden actress posted the selfie of the pair in honour of her sister’s birthday.

Isabel captioned the picture: “A daughter, a sister, a mother and a wife. Happy birthday Charlotte. Love you.”

She added in a throwback picture of them from childhood: “Happy 31st birthday!!!!

“To my sister who throughout lock down has well and truly become my best friend.

“I love you so much and I’m so grateful to have you in my life @charleighworth I will forever be your baby hodge.”

But fans can’t believe how much the sister’s look alike.

A third said: “You pair of beauties ladies x”

Over the last year, Isabel’s character Victoria has been central to a huge storyline.

Last year, Victoria was violently raped and discovered she was pregnant.

Her rapist Lee got away with it and began to terrorise her – convincing his own mum that he was innocent.

Lee even blackmailed her family for tens of thousands of pounds to stay away and not try to get access to the child.

However Victoria struggled to cope for a long time as a result.

To make things worse, her brother Robert was sentenced to life in prison for killing her rapist, Lee Posner.

On New Year, Victoria gave birth to a son, who she named Harry, and eventually tried to start a relationship with Luke Posner – who happens to be Lee’s brother.

After spending the night with Luke, Victoria realised she wasn’t ready for a relationship.

But recently, she dropped the bombshell on Luke that she would no longer be working with him in the Woolpack, as she has been asked to run the restaurant at the outdoor pursuit centre.

However it was recently reported that Victoria and Luke will be drawn back together in the coming weeks.

The TV Times says they will be brought “back into each other’s orbits”.

But will they get back together?