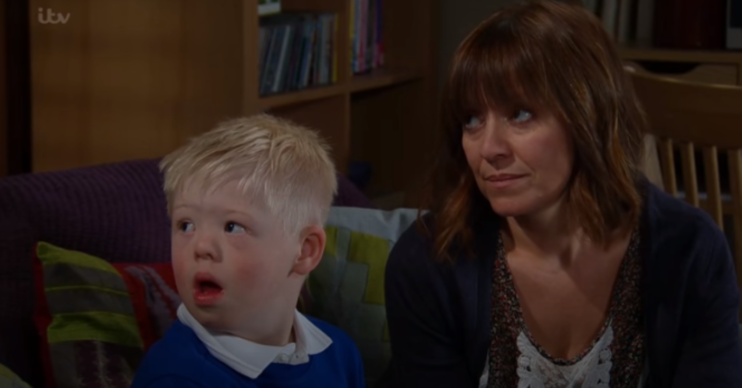 Emmerdale star Harvey Rogerson, who plays Leo Goskirk, has posed for a picture with his brother as they showed off their ‘quarantine haircuts’.

Alongside the picture, it said: “Quarantine haircuts… thanks dad. @bespokeproducts where’s @scottbeswick when you need him.”

Followers quickly responded to the picture.

One wrote: “Looking good. What a lovely pic.”

A third added: “Another pic of brotherly love.”

Currently Emmerdale has halted production due to the coronavirus pandemic meaning Harvey is off work.

However, before filming was suspended, Harvey’s mum announced on Twitter that the young soap star, who has Down’s syndrome, would be self-isolating.

She explained that although Harvey was showing no symptoms she made the decision for him to isolate as he is “more vulnerable due to suppressed immunity.”

Harvey’s mum did admit he has ‘struggled a bit’ with lockdown But it appears he has continued his homeschooling and has achieved great things.

Last month, it was revealed Harvey learnt how to ride a bike without stabilisers.

Later the little boy thanked everyone for their kind comments and revealed how much his achievement meant to his parents.

He tweeted: “Thank you everyone for all the lovely comments on me riding my bike, I am very happy. It means so much to my mum and dad, especially as they were told I may never walk, never mind ride a bike. Happy Easter everyone!”

When will Emmerdale resume filming?

Have you had a quarantine haircut? Leave us a comment on our Facebook page @EntertainmentDailyFix and let us know what you think of this story.