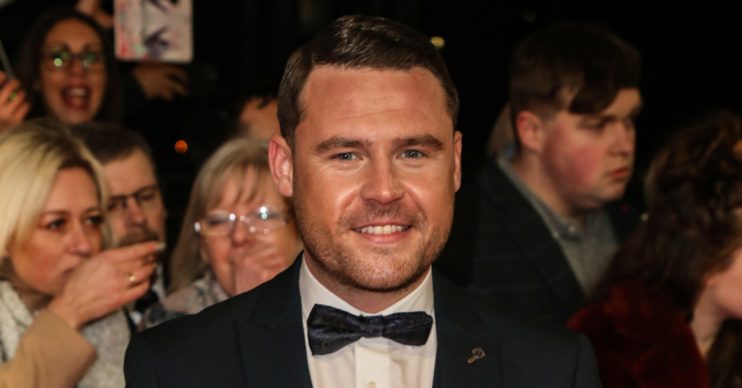 Danny's family has a new addition

Emmerdale star Danny Miller, who plays Aaron Dingle, has welcomed a puppy to his family.

The actor posted a picture of his new family member to his Instagram page.

The newest member of The Miller Famalam, meet… GINI Can’t make empty promises, Gini but one thing I will promise is.. #youllneverwalkalone 😉

He captioned the post: “The newest member of the Miller famalam, meet… Gini.

“Can’t make empty promises, Gini but one thing I promise is… #you’llneverwalkalone.”

Friends and fans commented, gushing over how cute little Gini is.

Danny’s new family member is sure to keep the actor busy whilst he’s off work from Emmerdale.

Currently the UK is in lockdown due to coronavirus. Because of the lockdown UK soaps, including Emmerdale, have stopped production.

Last week, Danny revealed he shaved his head during lockdown to raise money for charity.

Other soap stars have also decided to change up their hair during the pandemic.

Coronation Street stars including Tina O’Brien, Lucy Fallon, Sue Cleaver and Alexandra Mardell have all dyed their hair recently, as they don’t have to film.

Before the coronavirus lockdown, Danny had been working on a film called PACE.

The film is Danny’s directorial debut. He shot it whilst taking a break from Emmerdale.

Read More: Emmerdale’s Harriet will take on Malone to save Will

Danny took a few months off from the show as his alter ego Aaron went to stay in Scotland with cousin Debbie.

Aaron had been struggling with the fact he was divorcing husband Robert, who had been sentenced to life in prison for murder.

Read More: Emmerdale fans desperate for Robert Sugden to return to save the show

Aaron recently returned to screens, taking back over his scrapyard business. He also hired cousin Vinny to work at the scrapyard, along with new guy ‘Alex’.

But neither Aaron nor Vinny know ‘Alex’ is Vinny’s dad, Paul. How will they react when they find out they’ve been lied to?