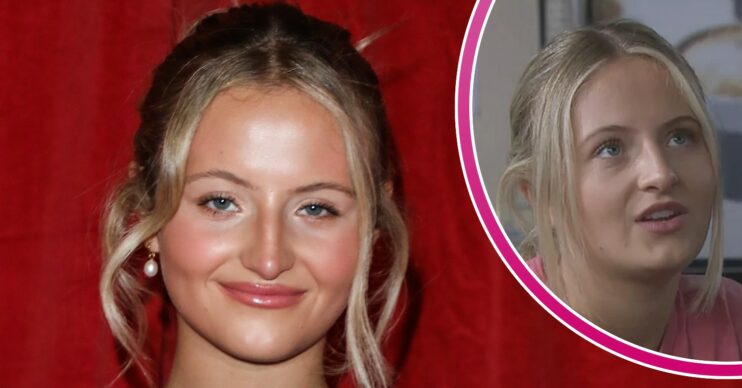 Her character is going through a tough time

Emmerdale star Daisy Campbell is desperate to sign up for a reality show.

The Amelia Spencer actress is taking on her first major storyline for the soap with a teen pregnancy bombshell.

And it appears to have given her the taste of being in the limelight.

Daisy, 18, told the Sunday Mirror: “I would love to take part on Dancing on Ice while still working on Emmerdale.

“I want to stay on the soap for as long as I can. I am not very good on ice, but I would love to learn how to skate.”

Daisy also teased what’s coming up for Amelia in the soap as she struggles with her pregnancy news.

Daisy said: “She decides to book an appointment at an abortion clinic as, in her mind, she definitely wants to go through with one.

“She thinks she is too young to have a baby and she won’t be able to provide. I don’t want to spoil it today as to whether she does have an abortion or not, but she is in for some rocky few months.”

It comes after the star teased a bombshell twist was coming in the storyline.

Fans’ jaws dropped this week as Amelia discovered she was pregnant after collapsing and being taken to hospital.

The teenager thought it was down to her use of a dodgy weight-gain syrup – but was given shocking confirmation by the doctor.

Stunned by the development, Amelia kept it to herself – and even blamed God.

And now actress Daisy has teased what is coming next.

Calling the news a “massive shock” to Amelia, she said the teen “never expected it to happen”.

She added to Metro: “I think the stuff that’s coming up will maybe shock a lot of the audience.

“I can’t give too much away but I think for Amelia this is her time to really grow up in the show.”

And it has still not been revealed who the father is with fans speculating everyone from Noah Dingle to God.