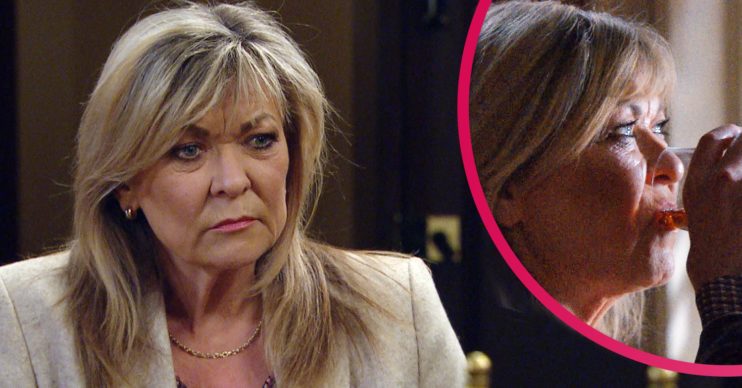 Emmerdale star Claire King appears to have hit out at her COVID-sceptic co-stars after doctors warned her she would die if she catches the virus.

The Kim Tate actress was recently forced to take six months off from the soap to self-isolate.

She suffers from rheumatoid arthritis and as a result has a weakened immune system.

So she has no time for those who spread baseless conspiracy theories about the virus – or who refuse to take the vaccine.

What have the cast of Emmerdale said about COVID?

A number of Emmerdale stars have been criticised in recent months over their public comments about COVID and the vaccines.

She told The Sun: “I still shout at people for not wearing masks. It’s just respect for other people, isn’t it?

“I don’t understand why some people don’t want the vaccine, either. I have had both my jabs and if I get side effects I’ll deal with them then.

Claire added: “I was told there was a high chance if I got COVID-19 I wouldn’t survive it, so it was always the better option. I have no issues with it. But if you’re not going to get the vaccine, have a bit of respect for other people and wear a mask.”

Claire also told how sleazy casting directors have lured her to hotel rooms to try to get sex for roles.

However, Claire has cut them off before they get a chance to even proposition her.

And thanks to her long-running roles on Emmerdale and Bad Girls, she has been able to walk away from dodgy auditions.

The star also admitted that she returned to the soap as a “nice little retirement job”.

However, she’s been working so much that her retirement will have to wait.