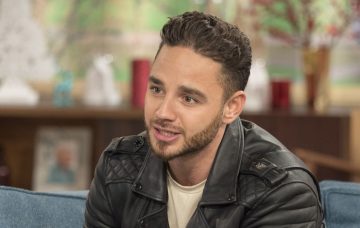 Asan N'Jie, who plays Ellis, wants to work with him

Asan N’Jie has called for Adam Thomas to return to Emmerdale.

The Dales newcomer – who plays Ellis Grant on the ITV soap – is keen to work alongside the actor on the show after a number of his co-stars told him he is “so alike” to the 30-year-old actor in real-life.

He told Inside Soap magazine: “I would love to work with Adam Thomas, who played Adam Barton.

“I know that sounds random, but so many people have said that me and Adam are so alike in real life – it’s one of those where I want him to just slot back in so that we can have lots of scenes together.”

Asan is not the only current Dales star who would like Adam to reprise his role as his namesake on the show.

Natalie J. Robb – who plays his on-screen mum Moira Dingle – recently admitted she would love to see the character return to the soap to “put a spanner in the works”, following the arrival of Matty Barton (Ash Palmisciano), who was previously known as Moira’s daughter Hannah Barton (Grace Cassidy).

The former Dream Team actress is still friends with Adam following his Emmerdale exit, but admitted his return to the soap doesn’t look likely anytime soon after he and wife Caroline welcomed a daughter, Elsie-Rose, into the world in May.

She added: “What would the show be without spanners? I love Adam to bits, but we’re always in touch, we always make sure he’s OK, but he’s just had another little girl so I think his priorities are somewhere else at the moment.”

Adam recently revealed he was inspired to quit Emmerdale following a chat with his I’m A Celebrity… Get Me Out Of Here! co-star Larry Lamb.

He said: “I remember him giving me some advice, saying: ‘You should just get out there, and try other things and take the jump.’

“And the first meeting I had with my boss when I get back to work was: ‘Listen, I’m done now. I’ve made up my mind.’

“And if I hadn’t done it then, then I wouldn’t have done it.”

Do you want Adam to return? Leave us a comment on our Facebook page @EntertainmentDailyFix and let us know what you think!