Ash Palmisciano, who stars in Emmerdale, has revealed he was once beaten so badly for being transgender that he was left blind.

The actor - who plays Matty Barton in the ITV soap - told the Sunday Mirror about the abuse he has faced as a transgender man and how tough he's finding the constant attacks.

I’ve been beaten in the streets until I can’t stand or see.

"Playing a trans man role on TV, as an actor it's been a dream come true," revealed Ash - who is the soap's first trans actor. Ash Palmisciano of Emmerdale opens up to Lorraine Kelly about playing a trans man (Credit: ITV)

"But as a human it's come with some difficulties because now I'm open to society's prejudice qualities.

"I've been beaten in the streets until I can't stand or see." 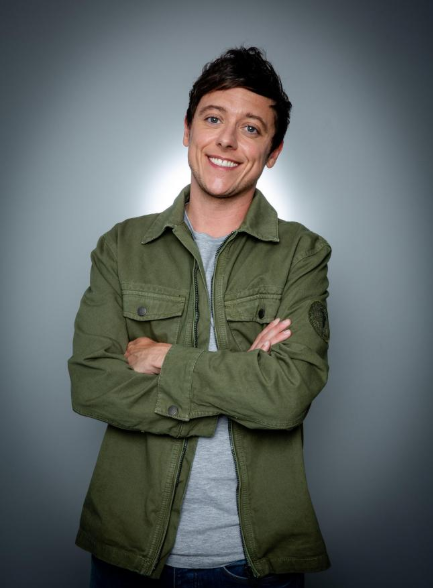 He also revealed people approach him in the street using offence terms and insults.

But despite being treated like a second class citizen by bigots because he is trans, brave Ash, 29, has vowed to never give up because he helps to inspire others.

In the soap, his character has been put in the hospital as a result of a transgender attack.

What a day! #londonpride #itv

The actor has played a cis-gendered man in many other productions but reveals he was dubious about his role in Emmerdale over fears he would be typecast as a trans man.

Asked about feeling daunted by putting himself in the public eye on accepting the role, he admitted to feeling uncomfortable in the past but continued:

"Hopefully it will be a message out there to people that no matter what your story is or what you've done with your life you can pursue your career and dreams."

Ash's Emmerdale character was the daughter of Moira Dingle, Hannah, but returned last year and revealed he was transitioning.

Matty recently underwent top surgery in the next stage of his transition.