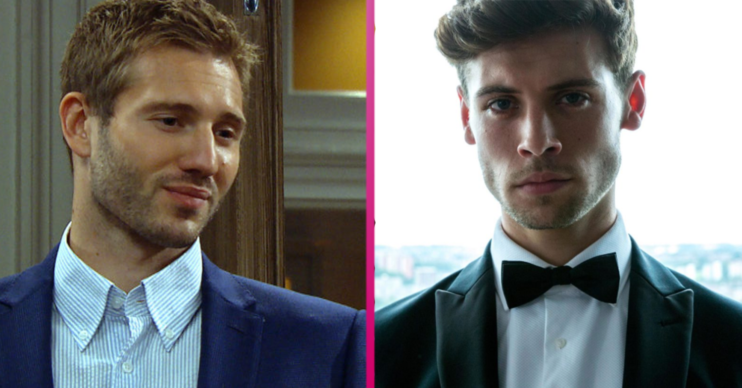 The actor who plays vet Jamie Tate in the soap wants his on-screen nephew to make a comeback to boost the family’s ranks.

“I’d want Joe back – that would be an interesting dynamic,” Alexander told Inside Soap.

“He was very much more “Tatey” than Jamie is, and I think there could be a bit of friction there, which would be really exciting to play.

“I never had the pleasure of meeting Ned Porteous, who played Joe, but I think there would be a great dynamic between Jamie and Joe.”

Joe was revealed to be alive last year after Graham Foster faked his death to save him from murderous Kim.

She discovered he was alive and well and living off the Tate family funds abroad when she was given a screenshot of a bank’s security camera.

Fans had expected Joe to make a comeback but it has yet to happen.

And actor Ned has never shared a screen with any of his on-screen family.

Where is Kim Tate?

It was revealed earlier this week that Kim Tate will not be back on screen for a while after actress Claire King was written out of the soap to shield.

The actress filmed scenes where Kim was forced to leave Home Farm before lockdown.

The 57-year-old actress, who has rheumatoid arthritis, wasn’t able to go out during the coronavirus lockdown.

However Claire has confirmed that she is still waiting to be written back into the show.

She said to OK! Magazine: “I have arthritis, so my immune system is compromised, which makes you more at risk of catching the virus.

“I’m not back at Emmerdale yet, so it’s a case of waiting to be written back in.”

The soap star admitted her condition can impact her work on the ITV show, but the team “look after” her.

She explained: “When I get a flare up, it’s not nice and it does make you feel very tired. If I’m on location in winter, the cold feels like it gets to your bones.

“Often people don’t see it as an issue because you aren’t in a wheelchair or limping, but they look after me on the show and give me more indoor scenes during winter.

“I have to have my buttons done up for me by the costume people now, and I can’t wear killer heels any more! You’ll notice Kim mostly wears riding boots now.”

Do you want Joe back? Leave us a comment on our Facebook page @EntertainmentDailyFix and let us know what you think!