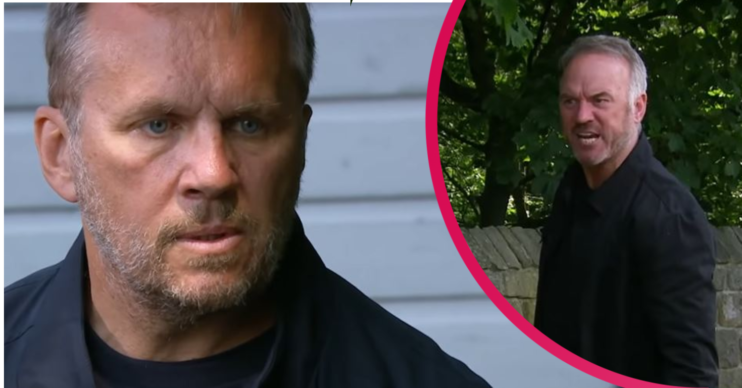 Emmerdale SPOILERS: Will and Billy cover up Malone’s ‘murder’

Is it the end for the evil police detective?

Emmerdale has revealed Will Taylor will call Billy Fletcher to help him cover up Malone’s ‘murder’ next week.

On Friday night Will caught Malone snooping around his car. It turned out the bent copper had planted a dealer-sized stash of drugs, making it look like Will had gone back to a life of crime.

What happens with Will and Billy in Emmerdale?

The mechanic was confused as to why Malone had started harassing him again.

But Malone began winding up Will in order to get a reaction from him.

He started making comments and threats about Will’s daughter Dawn, calling her a “druggie” and a “two-quid whore”. He then threatened her saying “she’ll end up dead”.

Although Will warned Malone to shut up, he continued.

In a fit of rage, Will smacked him over the head with a spanner.

As Will looked down at the officer, he had a nasty head injury and lay lifeless on the floor.

Now ED! can reveal what will happen next week and who Will calls for help to cover up the crime.

In a panic about what he’s done, Will makes a frantic call to Billy to beg for his help.

Billy arrives at the garage in a hurry but is horrified by what he sees.

Malone’s body lies lifeless on the floor and Billy realises what trouble Will is really in.

He tries to tell Will that he wants nothing to do with it – but Will insists he owes him a favour.

However while they’re both arguing about what to do – neither of them notice a crucial fact – Malone’s moving.

Has he survived the assault? Can he hear the men discussing what to do with his body?

Viewers will have to wait until Monday night’s episode to find out what happens.

It will no doubt be full of drama – especially after soap boss John Whiston teased a recent murder.

Speaking on live television earlier this year, John accidentally let slip that a socially distanced killing was coming up.

Is Malone’s death what he was talking about?

Or will Malone survive and take revenge by killing Will and Billy?