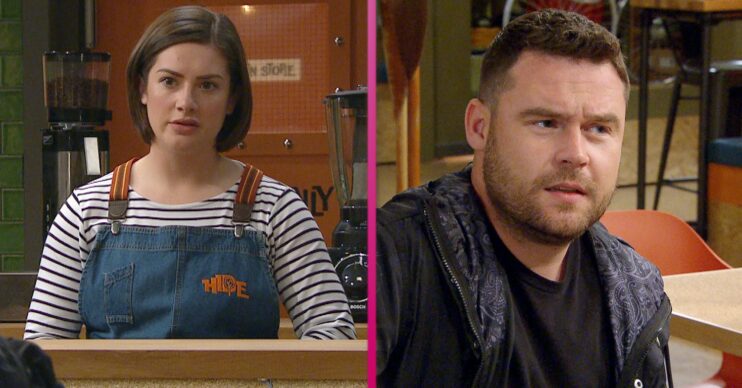 Emmerdale spoilers for next week reveal Victoria gets some news about Robert.

A few weeks ago, Victoria learnt that there was a chance Robert could appeal his conviction and potentially get his sentence reduced.

In next week’s scenes Victoria reveals Robert has decided not to appeal his conviction.

Aaron promises Victoria that he will always be there for her.

Victoria goes to see Wendy and tells her the news, but Wendy is conflicted.

Meanwhile Ben is not being truthful with Aaron about his life and soon it all becomes clear.

Why did Robert go to prison?

In 2019, Victoria was raped by Lee Posner and fell pregnant.

Robert denied raping Victoria and instead said it was consensual sex.

However he ended up getting on the wrong side of Victoria’s brother Robert after making a vile remark about Vic.

Robert hit Lee over the head with a shovel. A few weeks later Lee died and Robert was sentenced to life in prison.

On the day of Robert’s sentencing, she found out Luke was actually Lee’s brother.

Eventually Luke and Victoria grew closer and started a relationship.

However a few weeks ago, Luke admitted he had been using a dating app to speak to men.

He confessed to Wendy that he had a relationship with a man named Steven in 2019.

At that time, Luke told Lee about his new boyfriend, but Lee attacked him.

To get Lee off him, Luke pushed him over and Lee ended up hitting his head and fell unconscious.

After waking up, Lee stormed out and was later taken to hospital after being hit by Robert.

Realising that Lee had a head injury before Robert attacked him, Wendy told Victoria.

Luke and Victoria ended up splitting up and Luke left the village.