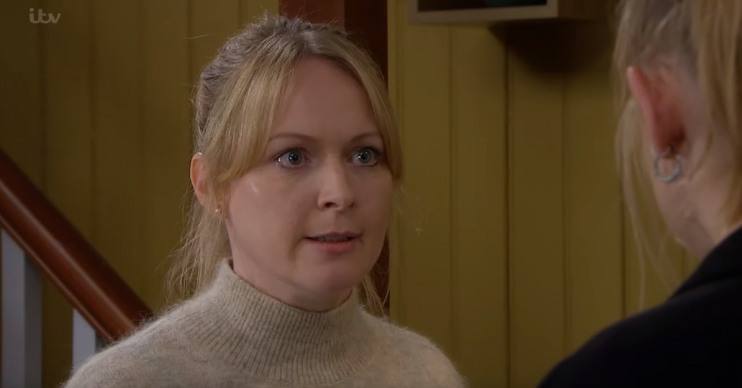 Next week’s Emmerdale will see Pierce Harris become more dangerous than ever before when he kidnaps little Johnny Woodfield, leaving Vanessa Woodfield in grave danger.

With Pierce back in the village after being released from prison where he served time for raping wife Rhona Goskirk, he didn’t waste any time getting his hands dirty by killing off Graham Foster.

However, it seems his sinister plan to get closer to Rhona is showing no signs of stopping when next week he sets his sights on Rhona’s best friend, Vanessa.

Read more: Emmerdale fans fear ‘history will repeat itself’ as Pierce vows to reunite with Rhona

Emmerdale fans will know that there is no love lost between Pierce and Vanessa after she warned Rhona against having a relationship with him before their wedding nearly three years ago.

Vanessa also supported Rhona throughout Pierce’s trial as he took to the stand after being accused of raping her… leaving Vanessa well and truly off Pierce’s Christmas card list.

Vanessa doesn’t have the best start to the week next week when she is still struggling with the fact Charity stole money from Graham on the day he was killed.

Deciding that Rhona needs to know the truth, Vanessa plans to come clean. But before she can tell her best friend everything, Charity interrupts and stops her from spilling the beans.

Vanessa isn’t happy with Charity, but things are soon set to get far worse when she discovers Pierce is back in the village.

The vet is left speechless when she comes face to face with Pierce while looking for Leo’s football behind the pub, and he is soon putting the next part of his plan into action.

Vanessa is horrified to see Pierce after all this time, but before she can let anyone know he is back, he has grabbed little Johnny’s hand and is racing off with him.

Vanessa is terrified as dangerous Pierce runs off and quickly chases after the pair, determined to get her son back.

But is it Johnny that Pierce actually wants? Or is he using Johnny as bait to lure Vanessa into a dangerous trap?

With Vanessa very much at the top of Pierce’s hit list, could she be next to meet a grisly end just like Graham?

What do you think Pierce has got planned for Vanessa? Leave us a comment on our Facebook page @EntertainmentDailyFix and let us know what you think!