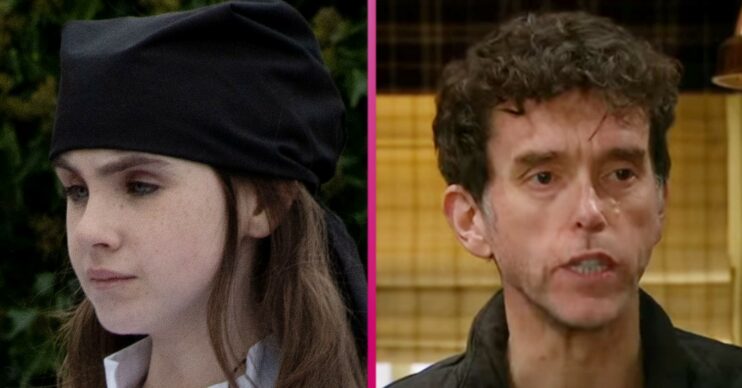 April finds Marlon as he suffers from a stroke

Emmerdale spoilers for next week reveal April faces terrible tragedy when Marlon has trouble with his vision.

He soon begins to have a stroke and it’s April who finds him and calls the ambulance.

But is Marlon going to be okay?

Emmerdale spoilers: Marlon has a stroke

After many hurdles both Rhona and Marlon are eager to propose to each other.

They put their plans in motion and propose at the same time in a moment of pure joy.

Afterwards, Marlon dashes off to find the ring he left back at Smithy Cottage.

However as Marlon looks for the ring his vision starts to become impaired.

He soon falls to the ground and realises he’s suffering from a stroke.

Frightened and disorientated, Marlon desperately tries to stay awake as he scrambles to remember the F. A. S. T acronym.

Meanwhile April worries that her dad has been missing for a while and she rushes home to look for him.

At the house, Marlon’s consciousness is fading and soon April finds him.

He barely recognises April but despite her terror, she rushes to help him and calls for an ambulance.

Marlon is taken to hospital where April waits for news.

Marlon is rushed to hospital

Later in the hospital, Rhona is shaky and emotional as she prepares Marlon for surgery.

A confused and frightened Marlon begs her to stay with him, but he’s unable to speak.

Rhona quickly leaves from the room, unable to disguise her breakdown.

The Dingles bond over their mutual concern for Marlon. Meanwhile Rhona and Mary explain to April they will always be family, no matter what.

Later, Rhona anxiously waits for Marlon to come round, wondering how this one moment will shape the rest of their lives.

Will she stick by Marlon and help him through this?