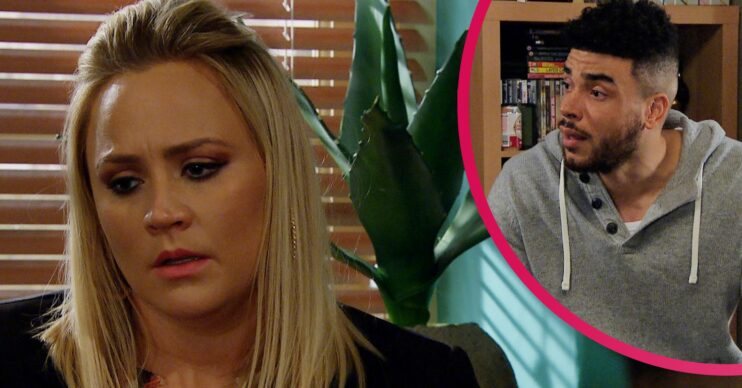 Emmerdale spoilers for tonight reveal Tracy gets offered a new job in Nottingham, but will she leave the village?

Recently Tracy found out her fiancé Nate cheated on her with Vanessa’s girlfriend Fiona.

The pair have since split, but will Tracy leave the village for a new life?

Emmerdale spoilers: Tracy leaves as she is offered a new job?

In next week’s scenes Tracy asks Nate to look after Frankie whilst she goes on her postnatal depression seminar. Nate is thrilled to see that the atmosphere between the two is beginning to thaw.

Meanwhile Sam offers Nate some advice on how to win Tracy back.

Later Tracy tells Charity she’s been offered a new job in Nottingham but she worries about disruption to her personal life.

Tracy is surprised by Charity’s support when she encourages her to take this opportunity.

However Tracy’s heart is pulled in two as she sees the pain on Nate’s face when she tells him that she and Frankie are moving away to Nottingham for her new job.

Angry, Nate reels from Tracy’s revelation about leaving Emmerdale and tries to get her to stay.

After Nate undermines her ability to cope in a new city, Tracy’s insecurity resurfaces.

As she abandons all hope of her new life, Nate feels guilty realising he’s crushed her dream.

Will Tracy go to Nottingham or will she stay in the village?

Currently Amy’s character Tracy is still on-screen. However with Amy on maternity leave, Tracy will be going off-screen soon.