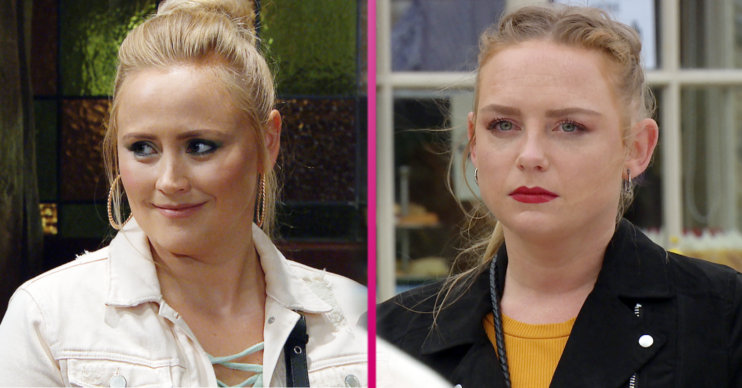 Emmerdale spoilers reveal Amy seems to have a crush on Matty. But will her chances of dating him be destroyed by Tracy?

When it’s revealed Marlon’s pizza-box theft last week caused a rift between Matty and Amy, he is determined to make things right between them.

Marlon invites Amy to a pizza tasting with him and Matty and Amy is excited to spend some time with Matty. It’s become clear that maybe she wants to be more that friends.

But Paddy suggests to Marlon that he invite some others to make things less awkward.

When Amy arrives at The Woolpack she’s knocked to see Marlon has invited other people to join.

Things get worse when Tracy arrives and there’s an obvious tension between the two, as Tracy hasn’t forgiven Amy for her part in her dad Frank’s death.

The next day, Tracy does her worst putting the kibosh on Amy’s hopes to date Matty.

Has Tracy ruined Amy and Matty’s chances at romance for good?

Last year, Amy and Kerry inadvertently caused a fire at the factory, which claimed the life of Frank Clayton.

Later, Tracy discovered Amy and Kerry’s part in her dad’s death and planned to go to the police.

However when she chased Kerry out of her house, Kerry fell and hit her head.

In the hospital, Tracy learnt how much Kerry meant to teenager Amelia, who had already lost her mum and stepmother.

She decided not to go to the police about how the fire started, but warned the two to keep away from her.

It’s clear she still hasn’t forgiven Amy and Kerry for their actions.

Will the truth ever come out? And will Amy get a chance at happiness with Matty?

Do you think Amy and Matty would make a good couple? Leave us a comment on our Facebook page @EntertainmentDailyFix and let us know what you think of this story.