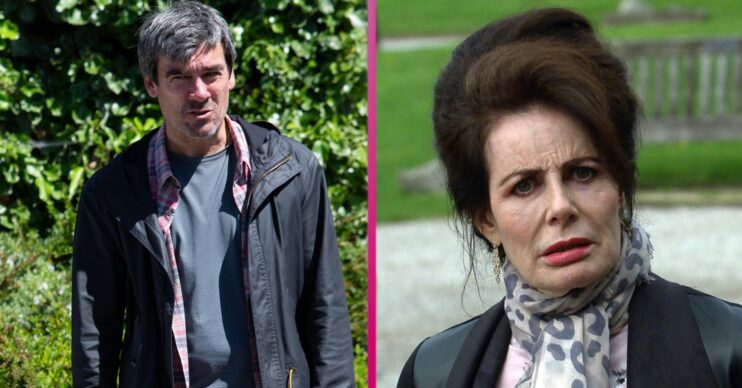 Cain finds out the truth about Faith's results

Emmerdale spoilers for tonight reveal that Cain finds out about Faith’s results.

Meanwhile Nicola gives Bernice some home truths about her parenting.

In last night’s scenes (Tuesday, August 3) Faith got her tests results back from the doctors.

Her results revealed that her cancer wasn’t back, however she was diagnosed with arthritis.

Tonight she finds out that Cain is joining her and Sarah at the HOP.

Faith decides not to ruin it and keeps her news from him and Sarah.

However when Cain questions Faith about her results she is forced to admit that she got them back.

Cain is furious that his mum lied to him. He tells her that he can’t trust her and casts her out of the family.

Earlier this week, Gabby discovered that Jamie was planning to move away.

When she caught him sneaking around Home Farm, she confronted him about leaving.

However Gabby soon began to clutch her stomach, clearly in pain.

As Will decided to take her to the hospital, Jamie admitted to her that he never wanted the baby.

Later Bernice paid her a visit in hospital and wasn’t happy to see Gabby had called her stepmother Laurel. Bernice admitted to Gabby that she had been a lousy mother.

Determined to make up for it, she told Gabby she wanted them to live together.

Tonight Nicola gives Bernice some home truths after she complains Gabby always turns to Laurel rather than her.

What will Bernice say?