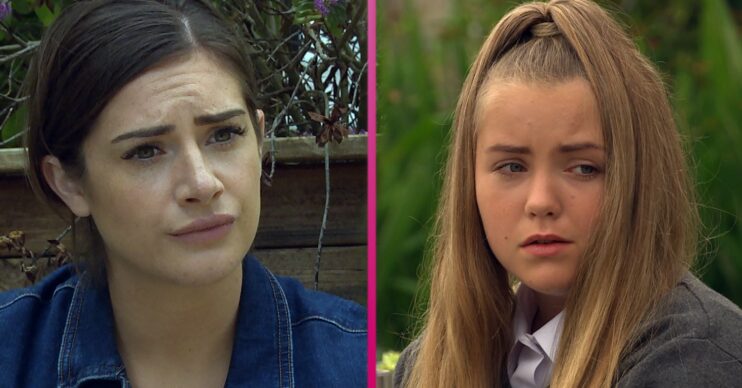 Emmerdale spoilers for tonight reveal Russ has a back up plan to get Victoria to hand over the money.

Emmerdale spoilers: Russ has a gun

A few weeks ago Wendy’s ex-husband Russ turned up in the village after the death of his mother.

He wasn’t happy that his mother had left £50k to her great-grandson, Victoria’s son, Harry.

Russ demanded Wendy get the money off Vic.

In last night’s episode (Monday, September 6) Russ revealed the reason he’s on the run is because he shot a policeman during an armed robbery of a jewellery store.

Tonight Russ orders Wendy to convince Victoria to hand over the money, but she instantly feels disgusted with herself.

However she’s unaware that Russ has a plan B in the boot of his car; a sawn-off shotgun.

Tonight April is overwhelmed and nauseous from the bullying. She returns home early from school without notice.

Cathy is horrified by the level of emotional damage she’s responsible for.

As her guilt mounts, Cathy goes to the cafe. She soon comes clean to Heath that she’s responsible for April’s bullying.