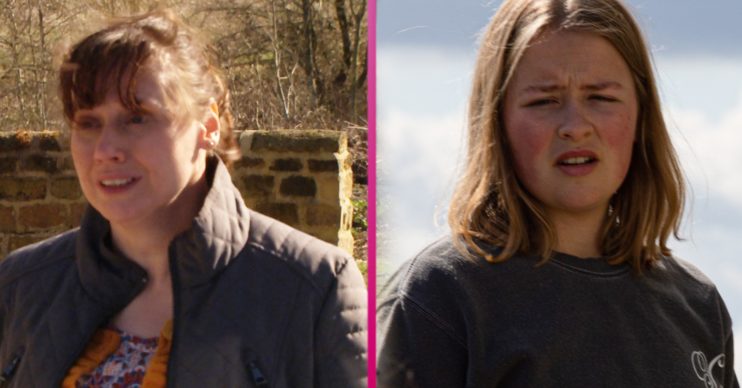 Meanwhile Liv sees a heartfelt message from Aaron. But will she get in contact with him?

A brick is thrown through the window of the Dingles’ home. Protective Samson is worried about leaving Lydia alone.

He urges her to call the police about the harassment but Sam wants to settle things the Dingle way.

Lydia won’t condone violence and assures Sam she can manage going to the police to report the harassment.

When she does leaving Wishing Well cottage, a pair of lads out for revenge about the pension scam come along and rob Lydia on her front door.

Samson sees Lydia being mugged, but he doesn’t intervene. However he does recognise the boys.

When Sam turns up he chases the lads off and Samson is upset he didn’t protect his stepmum.

Back inside the house, Sam is fuming about what happened to Lydia and puzzled as to why Samson isn’t equally as fired-up for revenge.

Samson finds himself caught between Sam’s desire for violent revenge and Lydia’s hope for no more trouble.

When Sam takes Lydia to the police station to make a report, Samson puts a crowbar into his schoolbag.

He’s after payback for Lydia…

Liv watches a heartfelt video message from Aaron urging her to return home.

Meanwhile Sandra comes back with more booze. Will Liv continue to be under her mum’s bad influence?