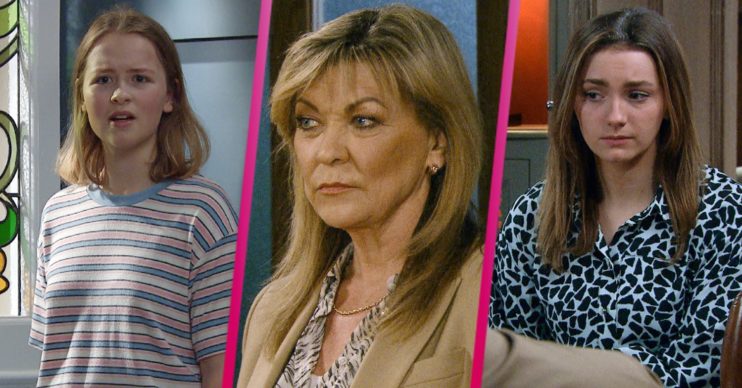 Chas has a plan to help Liv

Liv comes downstairs to the wreckage from last night. She suddenly enters a tonic seizure.

Meanwhile, after spending a sleepless night at Chas and Paddy’s, Aaron plans to give his sister some space. But Paddy urges him not to give up on Liv.

Chas decides to step up and help ease his burden.

But soon Liv is shocked when Chas arrives, locks the door and grabs her phone. Chas puts her under house arrest until she sobers up.

Meanwhile Noah reports to Jamie and tells him about Gabby and Kim’s secret notebook.

Dawn and Jamie are growing weary of keeping their relationship a secret.

But back at Home Farm Kim gives some very specific instructions when dealing with a client, it’s clear she’s got an eye on an oblivious Gabby.

Soon Gabby realises she’s been rumbled and tries to talk her way out of it. She claims Kim’s fuzzy memory is to blame for the confusion.

Gabby pours a fragile Kim a brandy and promises to keep her confusion a secret. She’s pleased she’s got away with it. Until she sees Noah in the shadows…

Kim asks her doctor for a dementia test

Soon Kim makes a difficult phone call. She asks her doctor for a proper dementia test.