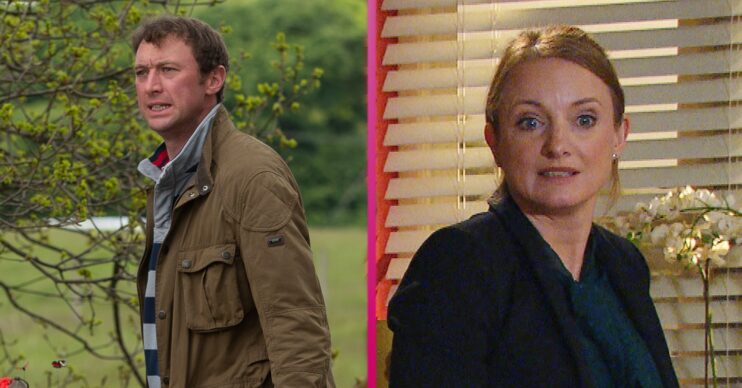 Liam is grieving for his daughter

Meanwhile Liv struggles with her guilt and Jimmy has his first day in court.

Meena pushed Leanna off the Humpback Bridge and the teenager fell to her death. Her body was later discovered by Bernice.

Earlier this week, Liam learnt the police think Leanna’s death was an accident.

Tonight, at the Humpback Bridge Jacob, Gabby and Liv struggle with their guilt over Leanna’s death.

Later at the bridge, Liam becomes angry when he witnesses the start of the memorial.

As Leyla tries to calm him, he blames Liv and Jacob for what happened. Meanwhile Meena relishes in the drama.

Overcome with grief, he rips apart the flowers left at the scene.

Later Leyla is shocked to discover Liam went to the chapel of rest by himself to see Leanna.

He tells her to spend the night at David’s, but she refuses to leave. Liam storms off upstairs, leaving Leyla distraught.

Liv struggles with her overwhelming shame, guilt and despair over Leanna’s death.

After his plea hearing a few weeks ago, Jimmy is due in court.

Tonight Nicola thinks Jimmy’s first day in court has gone well, whereas Jimmy is shaken by the experience.