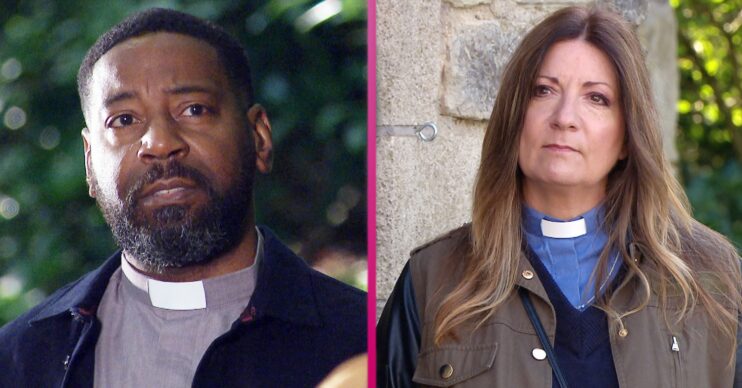 Who is Charles meeting?

Emmerdale spoilers for tonight reveal Charles meets up with the person who has been sending him messages.

Meanwhile Diane agrees to let Rodney move in with her, and April is upset to witness Marlon and Bob arguing.

All this and more in tonight’s double bill of Emmerdale.

Earlier this week, it became clear that Charles was getting some mysterious messages on his phone.

He later ended up calling his tormentor, telling them to stop hounding him.

Tonight, Charles has a covert meeting in the woods. But who is this mystery person, and why have they rattled Charles so much?

Recently Belle offered to help out at the B&B. Tonight Diane is upset when she hears Belle slagging off her management skills.

Diane ends up confiding in Rodney and the two end up having a drink.

Tipsy, Diane can’t help agreeing when Rodney asks to move in with her and he’s thrilled.

Marlon orders Bob to stay away from April but he’s gutted to see April upset and quietly sobbing, having witnessed the exchanged between her dad and grandad.

Marlon blames Bob when April turns on him. Can the pair call a truce for April?

Tracy gets the support she needs

After the birth of her daughter Frankie, Tracy began struggling with post-natal depression.

She went to stay at a mother and baby unit after confessing how she’s really feeling.

However she recently returned home.

She doesn’t feel so alone anymore.