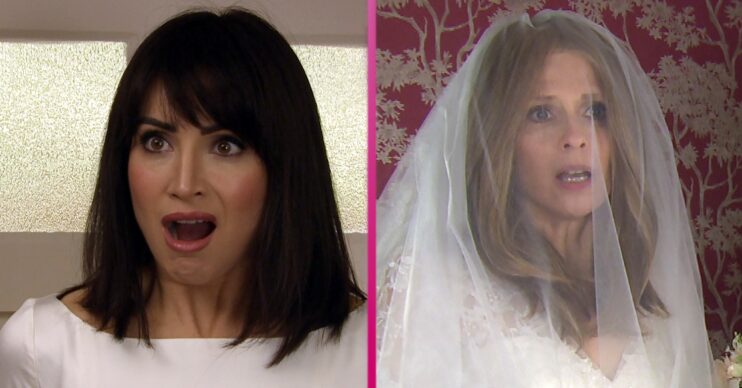 Emmerdale spoilers for tonight reveal Bernice made a shocking attempt to win back Liam.

Bernice returned to the village a few weeks ago and has made it clear she wants her ex-fiancé Liam back.

However Liam is now engaged to Leyla and the two are getting married very soon.

Will the wedding go ahead, or will Bernice ruin their big day?

What’s next for Liv?

Earlier this week, Ben and Aaron went to Wales to try and find Liv.

They managed to track her down and found her at a caravan site with her mum Sandra.

After Sandra learnt about Liv’s epilepsy and what she’d been through, she thought it would be best for Liv to go back to the village and live with Aaron again.

Liv ended up leaving the caravan site, not wanting to go back to the village, but in last night’s episode (Wednesday, June 16) she returned home.

After meeting up with Vinny, he offered his support, but when he said he didn’t want to get back together, Liv began calling him pathetic and lashed out.

She then hit him, leaving Vinny and her brother Aaron, who witnessed her violence, in complete shock.

Will Liv get the help that she needs?

Emmerdale continues tonight at 8pm on ITV. This week’s episodes are all available to watch on ITV Hub.

Will you be watching tonight’s episode of Emmerdale? Leave us a comment on our Facebook page @EntertainmentDailyFix and let us know.