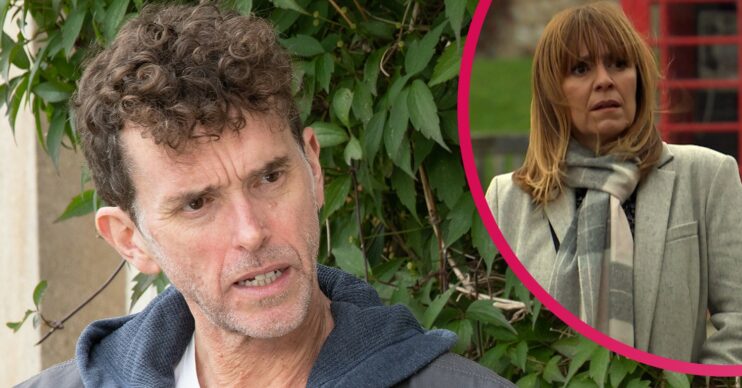 Emmerdale spoilers tonight reveal that Marlon gets some shocking news from Rhona about her assault charge.

Meanwhile, Paddy is worried Kim is going to the police, but will she put his mind at rest?

Marlon is struggling with what April is going through, and when Bob tries to talk to him, Marlon doesn’t want to know.

Bob is desperate for news on April and how she’s doing, but Marlon gives him short shrift.

As Marlon contemplates everything that is going on, Rhona arrives with more devastating news following her assault on Brenda.

Rhona has had an update from her lawyer on the assault charge.

Marlon’s incredulous as Rhona reveals the case against her is going to court. Could Rhona be facing jail time?

Kim toys with Paddy over the horse doping

Paddy pays a visit to Kim trying to find out what she’s planning over the horse-doping.

Kim tells him she hasn’t decided whether she will keep quiet about it. She then tells him it will depend on what the police find.

While Kim has the upper hand, Paddy is fearful his whole future is about to come crashing down.

Sarah is upset when she is forced to say goodbye to Chloe.

Noah, having fallen hard for her, isn’t happy either. Will they ever see Chloe again? And who is she really?