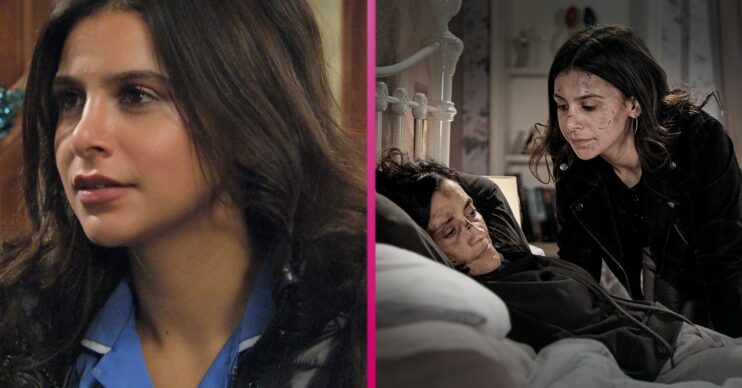 Will Ellis be found?

Meanwhile Al and Billy worry about a missing Ellis and Vanessa is busted when Tracy overhears her telling Charity that she stopped Nate from seeing her.

Emmerdale spoilers: The police catch on to Meena?

PC Swirling and Harriet investigate missing Manpreet and Meena is forced to accelerate her plans.

That night, in the darkness, Meena drags a body shaped bag to her car.

What is she planning?

Charity and Vanessa argue over Charity’s request to spend time with Johnny.

Soon Vanessa’s busted when a mortified Tracy overhears her telling Charity that she stopped Nate from seeing Tracy.

How will Tracy react?

In last night’s episode (Tuesday, January 4) Cain took Ellis out on the moors and left him there without shoes and a phone.

This was his revenge for Ellis leaving Belle and Kyle in the woods without a way to get home, leading to them both ending up in hospital.

Tonight, out on the moors, Ellis is freezing and curled up on the floor with bloodied, bare feet.

Meanwhile Al and Billy worry about Ellis’ whereabouts after realising he didn’t show up at the B&B last night.

Soon they find out he was spotted with Cain.

Al angrily confronts Cain and accuses him of harming Ellis, but Cain holds his nerve and is able to feign accountability.