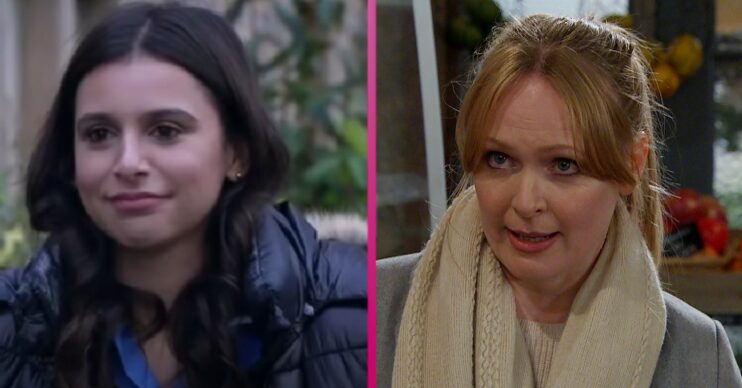 Rishi is worried about Manpreet

Emmerdale spoilers for tonight reveal Rishi calls the police as he worries about missing Manpreet.

Meanwhile Vanessa is hiding something from Tracy and Cain goes after revenge on Ellis.

Currently Meena is holding her sister Manpreet captive and in last night’s episode (Monday, January 3) Meena managed to get her hands on some more sleeping pills.

Meena announced her sister had seven days left to live, but could the police start to figure out what’s going on?

Rishi had called her to enquire about Manpreet, sensing something wasn’t right he called the police.

Meena continues to ignore calls from Aiesha and Rishi and there’s renewed hope for Manpreet.

Refusing to drink the pill-laced water, she is forced to take the medication through a plastic syringe instead.

In last night’s episode Nate tried to visit Tracy but was turned away by her sister Vanessa.

Tonight Tracy is hurt that Nate hasn’t attempted to see Frankie and Vanessa tries to comfort her.

However she is hiding Nate’s attempted visit yesterday.

After Ellis left Belle and Kyle to go to help Priya, they both ended up in hospital.

While Belle is recovering well, Kyle is still in hospital unwell.

Tonight Nate and Moira worry about what Cain has got planned for Ellis.

Meanwhile Cain goes searching for Ellis. That night, out on the moors Cain abandons a terrified Ellis in the middle of the night as retribution for putting Kyle in hospital.