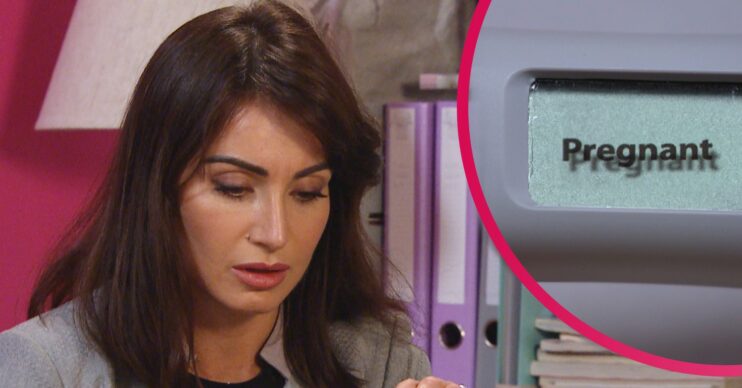 Will Leyla tell Liam the truth?

Meanwhile Wendy tells Bob the truth and poor April is scared to leave the house.

In Monday’s episode (August 16) Jacob tried to talk to Leyla about dropping his A-Levels, however she was distracted. It soon becomes clear why.

Jacob and Leyla are in terse talk when Liam arrives. It seems to make things worse for him and Leyla.

Later Leyla takes her pregnancy test and is stricken to see it’s positive. Will she tell Liam?

This week Wendy told Bob she had to go away for a course, however after finding out from Manpreet that there is no course, he was left confused.

Tonight Bob discovers Wendy has been lying to him about where she’s been.

She soon admits that she went to her ex-mother-in-law’s funeral.

We soon see they’re being watched by a hidden figure. Who could it be?

Chas has news for David and Victoria

David and Victoria continue to fight over the last place at their preferred nursery.

However Chas reveals to them that Eve has been given the place, leaving David and Vic stuck.

April scared to leave the house

It was soon revealed to viewers that her aunt and friend Cathy is the one trolling April.

Tonight April locks herself way, terrified that the troll is going to turn up on her doorstep.

Meanwhile Paddy is thrown when Marlon admits the extent of his financial problems, but begs him not to say anything to Chas.