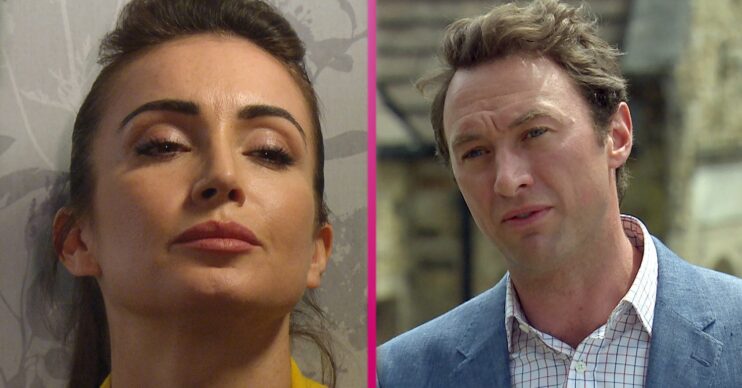 Is Leyla going to be okay?

Emmerdale spoilers for tonight reveal that Charles notices something isn’t right with Ethan.

Meanwhile Leyla thinks she could be having a miscarriage, but will she tell Liam?

Earlier this week, Ethan met up with Eddy and Eddy told him that his results confirmed he’s HIV positive.

Leyla has a miscarriage?

This week, Leyla told Priya she was planning to tell Liam about her pregnancy.

However tonight Leyla thinks she’s having a miscarriage, but her focus is on protecting Liam.

Will Ryan be able to forgive Charity and Mack?

Together Charity and Mack teamed up into scaring Ryan and she pretended to call the police on him.

Ryan was furious with his mum for interfering.

Later he was even more upset to discover Mack and Charity had slept together.

He ended up kicking his mum out, but will he ever be able to forgive her?

Earlier this week, Tracy was taken into hospital after admitting she had thoughts of harming herself.

She has been staying with baby Frankie in hospital and in last night’s episode one of the nurses suggested she could go home for a few hours to visit.

Will she go back home?