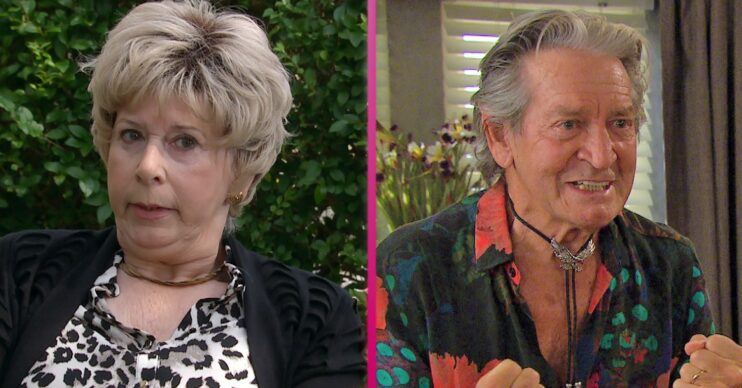 Emmerdale spoilers for tonight reveal Diane wants to tell Rodney he can’t move in, but she ends up injuring herself.

Read more: Emmerdale: Is Meena going to kill David? How is she similar to killer nurse Emma Barton?

In last night’s episodes (Thursday, October 7) Diane ended up having a drink with Rodney and couldn’t help agreeing when Rodney asked to move in with her.

Tonight Diane regrets her drunken night with Rodney and wants to tell him he can’t move in.

However an injury soon puts her at Rodney’s mercy.

Will Charles tell Ethan the truth?

Read more: Who is Esme in Emmerdale and where have you seen actress Eva Fontaine before?

In last night’s scenes, Charles met up with his ex-wife, Esme, who left him and Ethan when Ethan was a child.

It was revealed that when Esme left Charles and Ethan, she was pregnant and later gave birth to a daughter.

However Esme struggled to look after her daughter and out her up for adoption.

Esme also revealed that the reason she left Charles and Ethan was because she was struggling with post-natal depression and couldn’t cope.

But that wasn’t the only reason she left – Charles had been having an affair with a woman named Tash.

Esme revealed Naomi got in contact with her a year ago and they formed a relationship. She offered for Charles to meet his daughter, but he said he needed to think about it.

Before saying goodbye to Charles, Esme gave him a letter to give to Ethan.

Later Charles confided in Harriet but begged her not to say anything to anyone about Esme.

Will Charles give Ethan the letter and tell him he’s seen his mother?