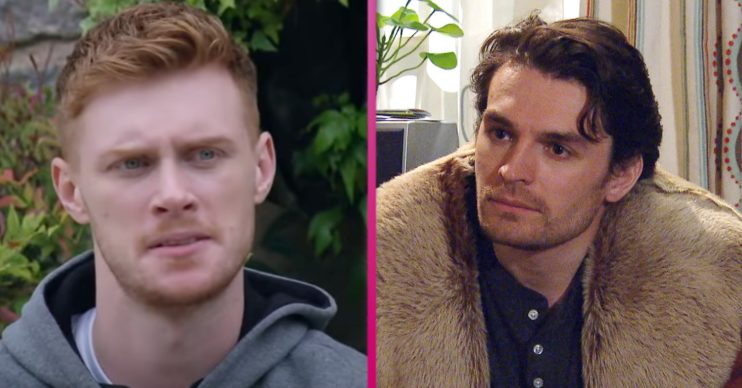 Luke opens up to Wendy

Emmerdale spoilers for tonight reveal that Luke is honest with Wendy.

Meanwhile Mack comes up with a plan to solve his problems. But will it work?

Earlier this week, Ethan was left disappointed when a guy he had been talking to on a dating app blocked him.

After a comment from Victoria’s boyfriend, Luke, Ethan realised he had been catfishing him.

Ethan confronted Luke and later told Wendy that Luke had been talking to him and other men on a dating app.

Tonight Wendy pleads with Luke to be honest with her, but he’s not sure that he can be.

Having heard it all, Wendy urges Luke to not let the past keep him from finding happiness. She pleads with him to tell Victoria what he’s told her, but Luke is fearful of losing Vic.

He orders Wendy to keep his secret or she’ll lose another son.

Soon after, Victoria is excited about taking the next step with Luke as he’s moving in.

Mack has a plan

Earlier this week, Mack tried to get Aaron out of trouble with Pollard. He stole Val’s coat and told Eric he could have it back in return for Aaron’s freedom.

But Eric ended up collapsing and having an angina attack.

Tonight Mack soon thinks he has a way of solving his problem with Pollard. But will it work?

Will you be watching tonight’s Emmerdale? Leave us a comment on our Facebook page @EntertainmentDailyFix and let us know.