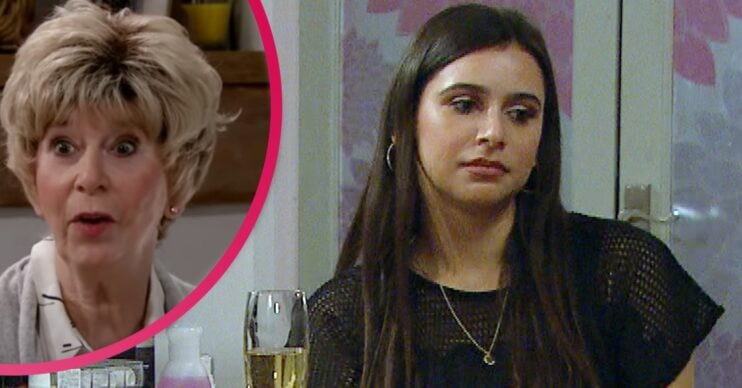 Emmerdale spoilers for tonight reveal that Meena opens up to Diane about her past, but what will she tell her?

Meanwhile Vinny gets a call he’s been waiting for.

This week, viewers have seen Meena scheming to try and split Andrea and Charles up.

In last’s double bill (Thursday, June 10) Andrea and Charles packed up to go on their camping trip with Andrea’s daughter Millie and Millie’s dog Princess.

However Andrea left Princess tied up outside and soon someone came along and lured the dog into the car with it’s favourite toy.

Princess was then shut in the car in the sun. Luckily David soon walked by the car and saw Princess and warned Charles.

Charles rushed her to the vet and Paddy told him and Andrea that the dog has heatstroke.

It was later revealed that it was Meena who trapped Princess in the car, however none of the villagers have figured it out.

Read more: Emmerdale SPOILERS: Luke and Victoria to split after he confesses the truth?

Tonight Meena ends up opening up to Diane about her past, but what will she reveal?

Vinny gets a call

In last night’s episode, Vinny received a call from Liv but ended up missing it.

He later rushed over to Aaron’s to tell him that Liv had tried to get in contact.

However Aaron continued to worry about his sister and her whereabouts.

Tonight, Vinny gets a call he was waiting for…