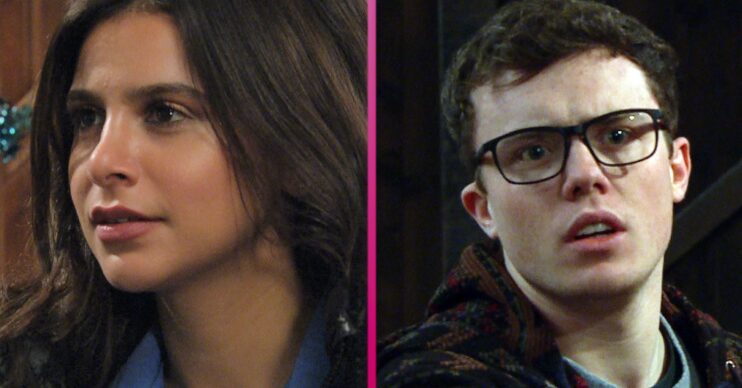 Vinny is getting closer to the truth

He started digging to try and find evidence to prove Liv is innocent and he has gradually started to realise Meena may not be as nice as she seems.

Tonight Vinny senses that Meena knows more than she’s letting on whilst Meena gets a kick out of Vinny getting closer to the truth.

Vinny sees Meena drive off quickly and he soon jumps in Sam’s van to follow her.

Meena smirks when she realises Vinny is following her.

Will Meena kill Vinny or hold him captive like she did with Manpreet?

Read more: Emmerdale: Meena found out as she buries her bits box in Liam’s allotment?

Last year, Priya was left badly burnt after getting caught up in the maze fire.

She has also been struggling with her eating disorder, which has stopped her burns from healing as quickly.

Recently her family discovered she was struggling and have been trying to support her.

Over the last few weeks, Priya has started to work from home.

Tonight Jai suggests that Priya should ask Leyla if she should go back to work but Priya wonders whether she’s ready.

Will Priya return to work at Take A Vow?