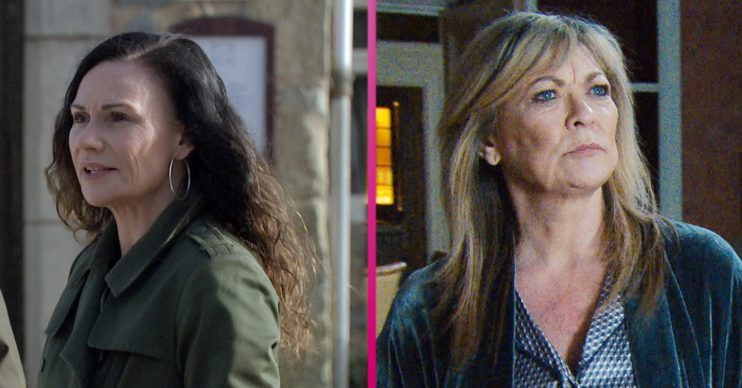 Kim's determined to find out who's messing with her mind

Emmerdale spoilers reveal Chas hopes she’s got through to Liv.

Meanwhile Kim has set up a camera in Home Farm.

Emmerdale spoilers: Chas hopes she’s got through to Liv

Read more: Who was Carl King in Emmerdale? How did he die and what happened with him and Chas?

Over the last few weeks, Liv has started drinking again as she has been struggling with the guilt of Paul’s death.

As her behaviour continued to get worse, Chas decided to place Liv under house arrest.

She thought she was beginning to get through to Liv and even told her how she went through something similar when she believed she killed her ex-boyfriend Carl.

But in last night’s scenes (Thursday, May 20) Liv snuck out of Mill Cottage in the night and took money from Chas’s purse.

Tonight Chas tells Paddy that she hopes she has got through to Liv. But will her hopes be dashed?

Viewers know that someone has been spiking Kim’s brandy decanter.

As Kim has been struggling with her memory, she feared she could be in the early stages of dementia.

In last night’s scenes Kim had her dementia test. But she was horrified when she discovered Gabby had been taking money from the HOP business account.

She threw Gabby out but the teenager later returned and Kim allowed her to stay.

Meanwhile Kim got the results of her test back and she hasn’t got dementia. But she decided to set up a camera in the Home Farm living room.

Will she catch who has been spiking her drink?

The next episode of Emmerdale airs Friday, May 20 at 7pm on ITV.