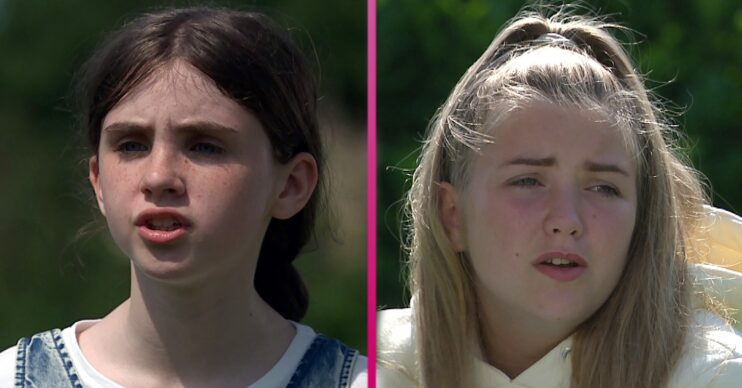 Meanwhile David realises he has to make a decision.

Marlon had no idea that April had started her social media accounts back up and was being bullied again.

April has been staying off school, claiming to feel unwell, but will Marlon or Rhona figure out what’s going on?

Tonight Cathy tries to comfort a distraught April as she gets bombarded with more bullying messages.

Cathy is the one who started the trolling, however April doesn’t know.

April tells Cathy to stay away before she becomes a target too and hurries off in tears, leaving Cathy utterly guilt-stricken.

Has David got to make a decision?

Last week, David was shot in the Hide by Russ as he tried to protect his friend Victoria Sugden.

In last night’s episode (Monday, September 13) Victoria paid David a visit in hospital, however David’s son Jacob suspected David has been having an affair with Vic.

It was clear Jacob was upset that David was caught between two women once again.

While it’s clear David and Vic have feelings for each other, he is dating Meena Jutla.

Currently Meena is in Ibiza helping look after her sick niece Aiesha.

Will David be forced to choose between Meena and Victoria?