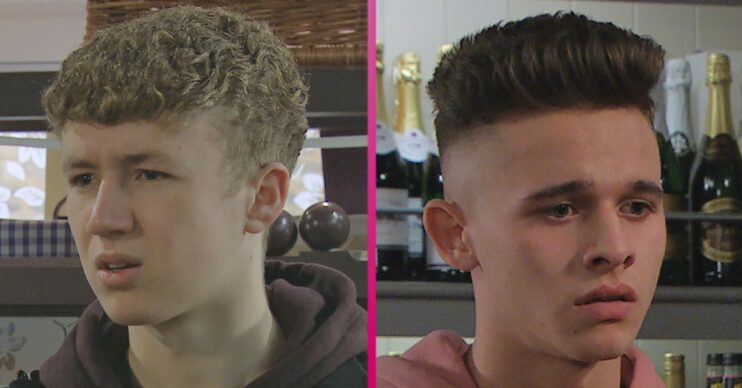 Emmerdale spoilers tonight: Noah’s manipulation gets worse after he frames Jacob for his crimes

Noah's plan seems to be working

Emmerdale spoilers for tonight (Friday, May 6 2022) reveal Noah‘s manipulation gets worse after he framed Jacob for stalking Chloe.

Meanwhile Dawn decides to keep some news to herself. What could it be?

He put a tracker on her phone to follow where she goes.

This week, he stepped his stalking up by using a drone to spy on Chloe in her bedroom and even stole the keys to her home so he could go through her bedroom.

When he was in her room, he stole her journal.

In last night’s scenes (Thursday, May 5) Noah attended a party with Chloe, Jacob and Sarah.

At the party, Noah grew jealous of Chloe and Jacob’s friendship.

When Chloe spilled a drink down her, Noah offered her his jacket, but realised his journal was hidden in it.

He told her to go clean herself up, meanwhile he slipped her journal into Jacob’s rucksack.

When Chloe saw her journal in Jacob’s bag, she accused him of taking it from her bedroom.

Jacob denied taking it, but Chloe didn’t believe him.

She told Kerry what happened and she was furious.

Later Chloe thanked Noah for his support and he was thrilled to have regained Chloe’s trust.

Tonight Chloe asks Noah to walk her home. He’s thrilled that his manipulations are paying off.

But will he be caught out?

In last night’s episode, Gabby worried when she returned home and found Amelia and Thomas weren’t there.

She feared Jamie could have returned and taken her son and frantically rang half the village to see if they’d seen Amelia.

Dawn tried to reassure her.

However Amelia returned revealing she was in the garden and Gabby was relieved.

Tonight Dawn has some news that she decides to keep to herself. What could it be?