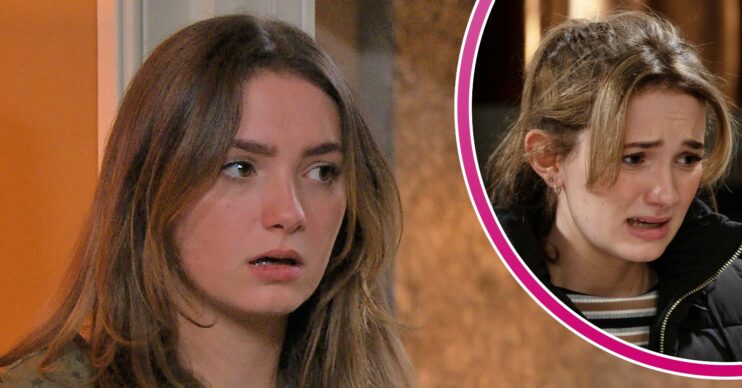 Emmerdale spoilers for tonight (Friday, July 22 2022) reveal Gabby is worried about her visit from social services about Thomas’s fall.

Meanwhile Jai is left heartbroken and Sandra steps up her plans to get her hands on some cash.

In last night’s episode (Thursday, July 21) Gabby asked Amelia to babysit her son Thomas as she had some work to do.

She also asked that she look after Dawn’s son, Lucas.

Although Amelia was feeling faint, she agreed to take care of the kids.

While at Home Farm, Lucas was calling out to Amelia while she was holding Thomas.

She began feeling faint once again and ended up blacking out and falling to the floor with the baby in her arms.

Soon Harriet turned up and Amelia said that Thomas fell from his high chair.

At the hospital, Gabby and Bernice questioned if Thomas was strapped into his high chair properly. But Amelia said it was Gabby who strapped him in.

Gabby felt terrible fearing she was responsible for her son falling.

Kim confronted Amelia and Gabby was furious that she had lied.

Amelia’s dad Dan questioned why she blacked out and Amelia revealed she had been taking weight syrup.

He demanded she get checked over, but later when Amelia was alone the doctor gave her the shocking news that she’s pregnant.

Tonight Gabby worries as she is due to have a visit from social services about Thomas’s fall.

Will they take him away?

Her anger towards Amelia is still raw. Will she go out for revenge?

At Marlon and Rhona’s engagement party, Jai was clearly jealous seeing Laurel and Kit flirting and dancing together.

He later spotted them kissing, leaving him heartbroken.

Tonight Jai is upset when he learns that Kit stayed over at Laurel’s house.

Sandra steals from the salon

Meanwhile Sandra happily pockets a tenner tip. But Mandy notices the money is gone and asks Sandra is she’s seen it.

Sandra knows she’ll have to tread carefully from now on.

Read more: Emmerdale: Who is the father of Amelia Spencer’s baby?