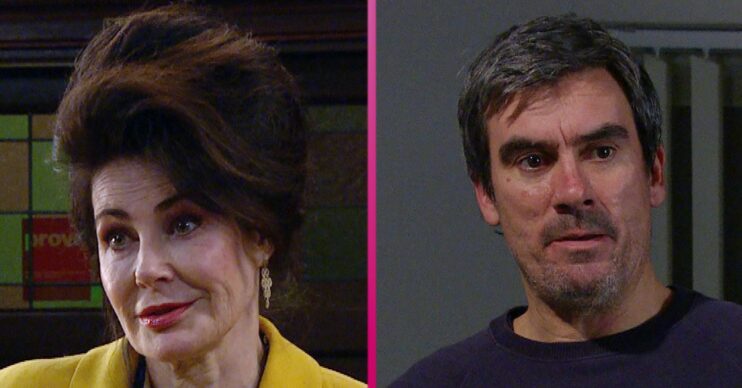 Emmerdale spoilers tonight: Faith drops a bombshell on her family

Faith realises it's time to tell the truth

Emmerdale spoilers: Faith tells her family about her cancer

Last month Faith told her daughter-in-law Moira that she believed her cancer had returned.

She went for an appointment at the hospital and they confirmed her cancer is back and incurable.

Moira has been trying to get Faith to tell her family about her diagnosis, but Faith has been determined to keep it quiet, especially from Cain who she has a rocky relationship.

However Faith is struggling with the idea of telling her family about her cancer on her birthday.

Moira gives her some encouragement and tells her she has a plan to make sure Cain shows up.

Faith worries about how her son will react to being tricked into attending her party.

When Cain and Moira turn up, he realises he’s been tricked and is too angry to even speak.

He scolds his family and Moira tries her best to keep quiet about why he’s really there.

Cain is bitter and can’t get past his issues with Faith as the rest of their family support her.

When Cain’s wish for Faith’s birthday is that she’ll drop dead, she reveals that her cancer is back and incurable.

How will Cain react?

Marlon struggles with his physio, but manages to take his first steps using the walking frame.

Later he wakes up to a surprise proposal from Rhona. How will he respond?