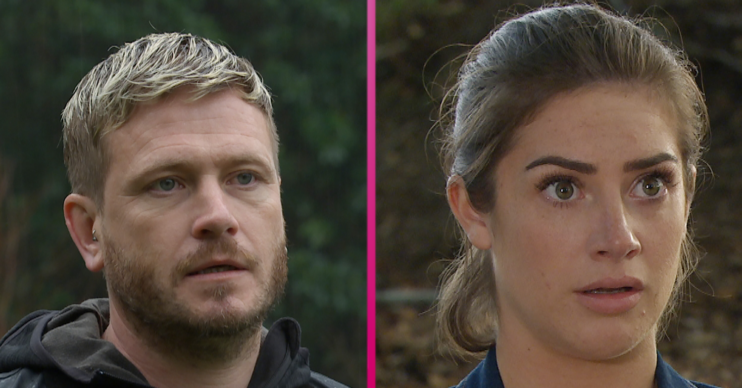 David has a plan

Meanwhile Leyla is worried when Suzy pours her cocaine down the sink, and Samson tries to reassure Amelia.

David is thrilled when Victoria has some encouraging words about their relationship.

He is determined to take things to the next level and make things official by proposing to her.

But what will Eric think?

Suzy pours away her cocaine

After finding out that she gave Holly Barton the money for the drugs that killed her, Suzy has been feeling guilty.

In last night’s episode (Monday, May 23) Suzy decided she was going to start living a cleaner life.

It became clear Leyla was worried about getting her next fix.

In tonight’s scenes Leyla suggests that Suzy and Priya come over for brunch and a team building exercise.

However Suzy suspects Leyla is up to something.

With Holly’s overdose still on her mind, alongside her relationship with Vanessa, Suzy tells Leyla she’s staying off cocaine.

When Suzy tells her they should both quit while their ahead and pours the rest of her cocaine down the sink, Leyla is alarmed.

Will she do the same?

Meanwhile Samson attempts to reassure Amelia who feels humiliated after a negative comment was posted on one of her social media pictures.

Can he help her?

Sam has a surprise

Lydia tells Chas of her plans to buy a top of the range caravan that she wants, unaware Sam’s already on the case.

What does Sam have planned?