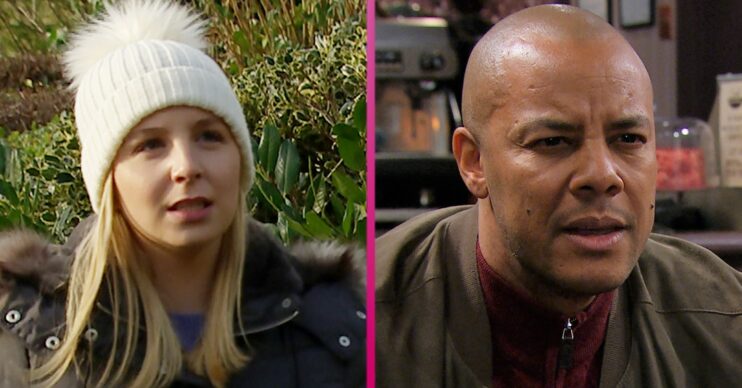 Recently Ellis started a romance with Belle Dingle, however he gets a job offer abroad.

In next week’s scenes Ellis has been offered a new job abroad. He tells his dad Al that he’s taking the job, but is dreading telling Belle as their romance has just started back up.

Before he can say anything to her, Al puts his foot in it by letting slip to Belle first, assuming she already knows about Ellis’s new job.

Belle is furious to realise Ellis is breaking up with her. Soon Ellis is saying his goodbyes.

In November last year Matthew Wolfenden and co-star Isabel Hodgins had stopped filming after reports alleged that they had become involved in a row.

Aaron was also said to be involved.

The claims involve a mixed-race actress on-set, who was “subjected to an inappropriate comment and had her accent mimicked.”

The newspaper claimed the two “rowed” after the incident happened.

Aaron has apparently now quit and will not be returning.

In December a source told The Sun: “Aaron is bitterly angry about this situation and he has had to be persuaded to come back to Leeds to film his scenes in recent months.

“He has done some filming over the last couple of weeks, but the understanding is that those scenes will be his last.

“He has been very vocal in his opinions about the allegations and about the way in which the enquiries have been handled by the bosses.”