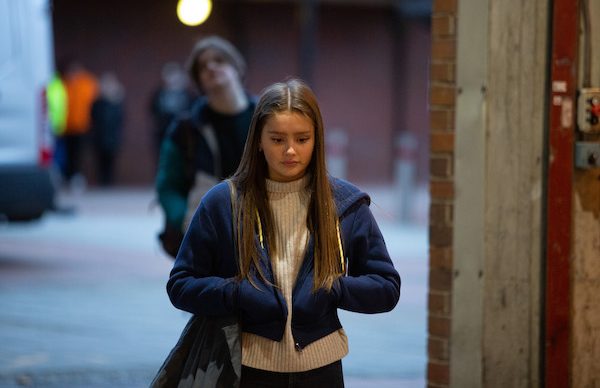 It looks like Sarah Sugden could be going down a dangerous path as she considers helping Danny deal drugs in upcoming Emmerdale.

Over the past few weeks, viewers have seen Sarah become increasingly more involved with the dangerous schoolboy and soon she’ll consider dealing drugs in an attempt to help him.

In upcoming scenes Danny lies to Sarah telling her he’s been beaten up by the people he was holding the drugs for.

He begins manipulating her and asks her to help.

Danny begins to tell Sarah that the people who hurt him now want him to deal drugs as payment for what he lost.

Danny asks Sarah to begin dealing for him, but will she help?

Viewers know Sarah took a pill at her party a couple of weeks ago in a bid to impress Danny, upsetting her uncle Noah.

Danny recently asked the schoolgirl to hide drugs for him, but it all ended in disaster when Noah ended up in hospital after overdosing on the pills.

However, Noah chose to cover for Sarah, lying to his mum Charity about where he got the pills from, meaning Charity still has no idea what Danny is really like.

Despite Sarah breaking up with Danny, it  looks like he will be staying around for a bit longer.