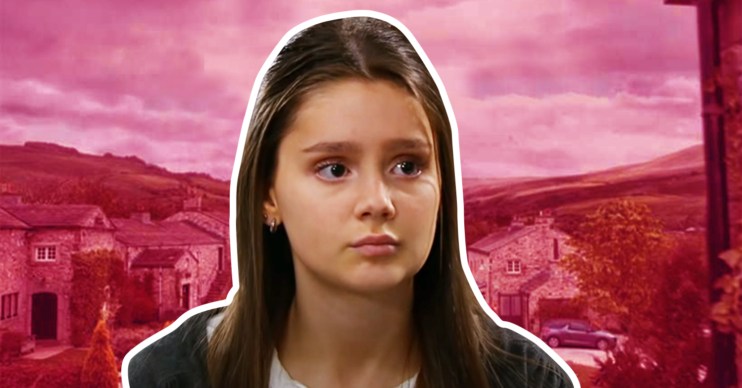 Emmerdale SPOILERS: Sarah heading down a dangerous path as she steals?

But what exactly is she up to?

In Emmerdale next week, Charity pushes Priya to help her find Kirin via his sister. But she is soon frustrated as she gets to another dead end.

However, when Nicola suggests to Sarah that Priya knows more than she’s letting on, Sarah comes up with a plan and Charity starts to becomes suspicious about what she’s up to.

Soon Sarah climbs into Holdgate through an open window.

Whilst looking for clues on Kirin’s whereabouts, Sarah takes Priya’s ring. She then picks up Al’s laptop bag and find a gold bracelet, which she also decides to take.

Why is she stealing their belongings? Is it a part of her plan? Or has Sarah found her inner Dingle and started a life of crime?

Soon Charity starts to get suspicious when Noah covers for Sarah and decides to go looking for her.

Meanwhile Priya tells Manpreet she’s heard back from Kirin’s sister and heads out to give her a call.

Charity arrives at Holdgate to tell Sarah off for breaking in but when they both hear Priya come through the front door, they rush to find a place to hide.

One they’re both hidden, they listen to Priya’s phone call with Kirin’s sister. What will they hear?

Charity is determined to find Kirin, so she can adopt his son Johnny.

Johnny’s mum Vanessa is currently being treated for bowel cancer. However to ensure Johnny is looked after, should the worst happen, she wants her fiancée Charity to adopt him.

But they need Kirin’s permission, which is an issue as he went on the run in 2016.

Will his sister know where he’s hiding? Or could finding him eventually lead to more problems?

Would you like to see Kirin return to Emmerdale? Leave us a comment on our Facebook page @EntertainmentDailyFix and let us know what you think of this story.