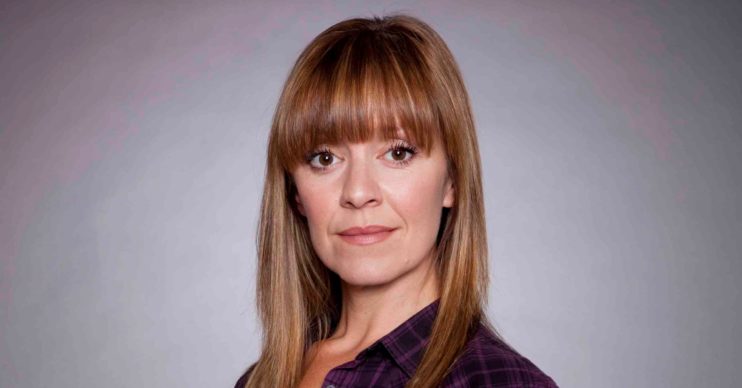 The former couple could be set for a reunion

Emmerdale actress Zoe Henry has hinted about a reunion for Rhona Goskirk and Marlon Dingle.

The former couple share son Leo together and have been on and off for years – but now they are both single.

Marlon’s wife Jessie left him for a new life in Dubai and Rhona’s partner Graham was murdered by her ex-husband Pierce Harris.

But she was with Graham who was later murdered with Marlon being arrested for the crime.

With all that cleared up, actress Zoe has teased a reunion for the former couple – while ruling out one for Rhona and Paddy.

“That’s hard, as they’ve all done her wrong – apart from Marlon,” she said to Inside Soap.

“It’s over for Rhona and Paddy now, but she could rekindle things with Marlon, which would be amazing for Leo, and for April, as Rhona is the closest she has to a mother.

“Professionally, I’ve loved working with all the actors who have played Rhona’s love interests, so I really couldn’t pick a favourite. I’ve been very lucky!”

Will they get back together?

No romance for Rhona and Cain

Actress Zoe is married to Jeff Hordley who plays Cain and the real-life couple don’t like working together.

She recently reminisced over filming the scene where her alter ego Rhona tried it on with Cain.

She said: “I thought it was hilarious when we found out that Cain is actually Rhona’s secret crush.

“There was another scene after Pierce had gone [the first time], where Rhona got a bit drunk and tried it on with Cain in the Woolpack. That was horrendous to film, as I was nervous about having to work with Jeff.”

Zoe and Jeff met on the set of Emmerdale in 2001 when Zoe joined the show. The couple got married in 2003 and went on to have two children together.

The couple also have two dogs, one named Rita and a new addition called Ronald.

Who do you think Rhona should be with? Leave us a comment on our Facebook page @EntertainmentDailyFix and let us know what you think!