Mandy Dingle is up to no good, end of. And the REAL reason for her return to Emmerdale has not yet been revealed.

But fans could get a big clue in upcoming scenes, when the money-mad fraudster pretends to be pregnant to spend more time with her ex-husband Paddy Kirk. 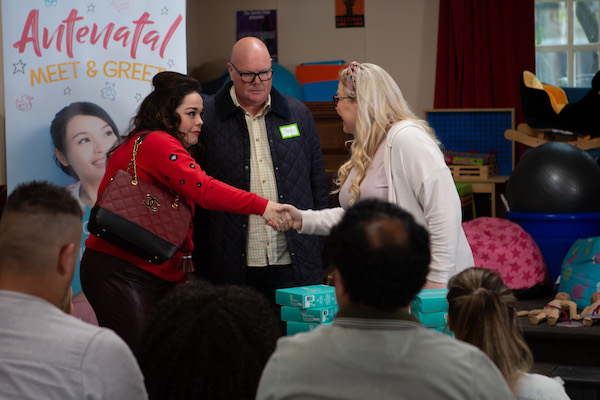 On Thursday (September 26), Mandy decides to feign a pregnancy so that she can attend an antenatal class with Paddy that Chas doesn't want to go to.

When Chas tells Paddy that she doesn't want to go to the antenatal class, Mandy pretends that she is pregnant, too, so she can accompany him to the class instead.

But is it her good deed for the day (unlikely) or does she have an ulterior motive (definitely)? 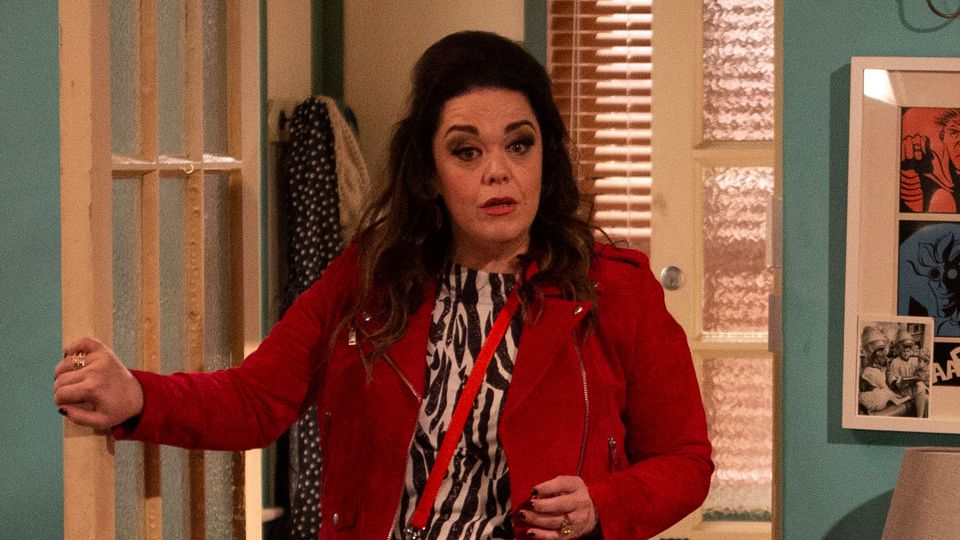 Why does Mandy Dingle pretend to be pregnant? (Credit: ITV)

Why is she so keen to spend time with her ex-husband? Fans have long suspected that Mandy will split Chas and Paddy up, and even believe that Mandy's son Vinny is Paddy's son...

Every piece of speculation I've read says that Mandy is going to split up Paddy and Chas.

Is Mandy hoping to get closer to Paddy by attending the antenatal class with him? If so, will she attempt to seduce him away from his wife Chas?

Viewers know that Mandy and Paddy have a long history between them, and Paddy's relationship with Chas has been under a lot of stress of late. 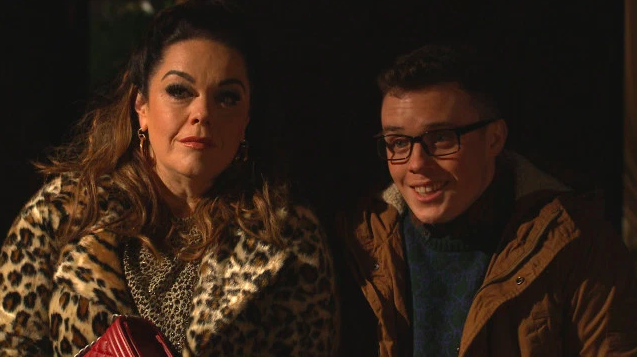 Lisa Riley, who has reprised her role as Mandy in the ITV soap, recently insisted her character would NOT split up Paddy and Chas' relationship.

She told RadioTimes.com that the idea was "ludicrous".

Lisa said: "It's going to be a lifelong friendship between Paddy and Mandy. Every piece of speculation I've read says that Mandy is going to split up Paddy and Chas.

"Of course she's not going to do that! It would be the most ludicrous idea ever." 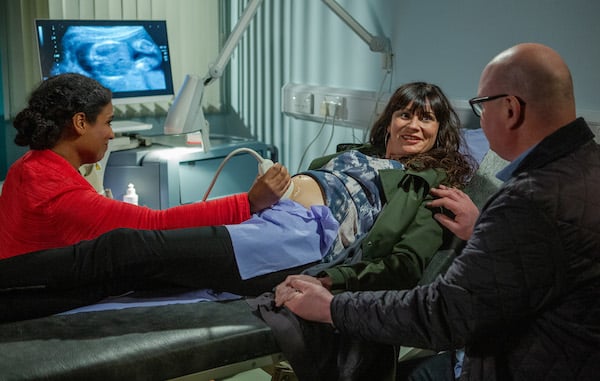 Chas and Paddy are expecting another baby, after the tragic death of their little girl Grace (Credit: ITV)

She continued: "Mandy and Chas are like sisters; they're spiky with each other, but they're allies. And it's nice for Mandy to be a female confidante that Paddy can offload on.

"As we get towards the birth of Paddy's baby, you'll see that Mandy is elated that Paddy is happy. She'd never dent that."

Can we trust Lisa's denial, or has she been sworn to secrecy by soap bosses?

And what is Mandy's huge secret...? And will it have anything to do with Paddy?

Do you think Mandy might split Paddy and Chas up? Leave us a comment on our Facebook page @EntertainmentDailyFix and let us know what you think!