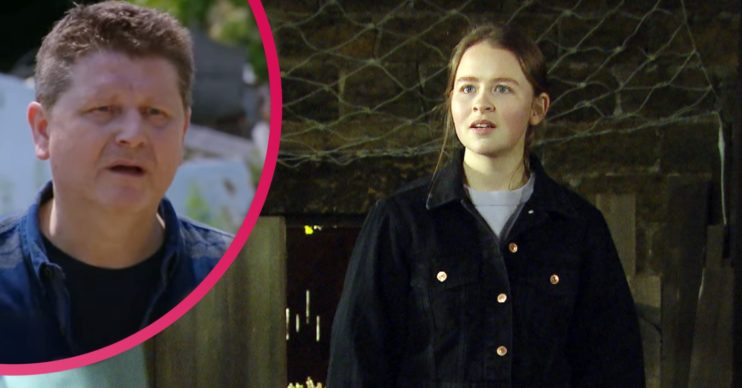 Emmerdale SPOILERS: Paul kills Liv as she confronts him over his lies?

Emmerdale spoilers reveal Liv confronts Paul after she figures out the truth. But will Paul kill Liv to keep his treatment of Vinny secret?

This week, Liv’s suspicions of Paul continue to grow. Fearing for her safety, Vinny breaks up with her leaving her heartbroken.

But Liv’s distress soon turns to determination to find Connor and discover what he knows.

In next week’s scenes Aaron calls Paul and asks him to meet at Wishing Well Cottage for a ‘pre-wedding surprise.’

However the surprise is soon revealed to be a kidnapped Connor all tied up.

Connor tries to reveal the truth but he’s gagged and unintelligible. Soon Paul manages to convince Aaron to leave him alone with Connor.

But Connor soon escapes and Paul lies about what happened.

Emmerdale spoilers: Liv finds out the truth about Paul

Later, Liv is on a walk on the outskirts of the village and ends up running into Connor. This leads her to figure out the truth about Paul and she’s pale as the pieces start to fall into place.

Worried about Vinny, Liv confides in Aaron and they need to make it their mission to get Vinny to tell Mandy the truth about his dad. Will they succeed?

The next day, Mandy’s nerves are getting to her as she prepares for her wedding day, unaware Vinny is taking another brutal beating from his dad.

Read more: Emmerdale star Sheree Murphy reveals shock at Tricia being killed off when she just wanted a break

Later, Aaron tries to get Vinny to open up as Liv confronts Paul in the wedding barn. But has she put herself in big danger? How will Paul react when confronted?

Is Mandy’s wedding day set to be a huge disaster?

Do you think Paul would hurt Liv? Will you be watching next week’s Emmerdale?