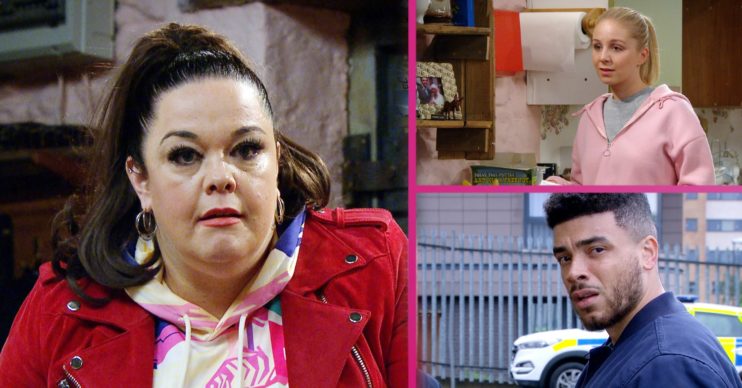 Emmerdale spoilers for next week see Nate offer to take the blame for the hit and run to protect Belle. But will he actually go through with it? 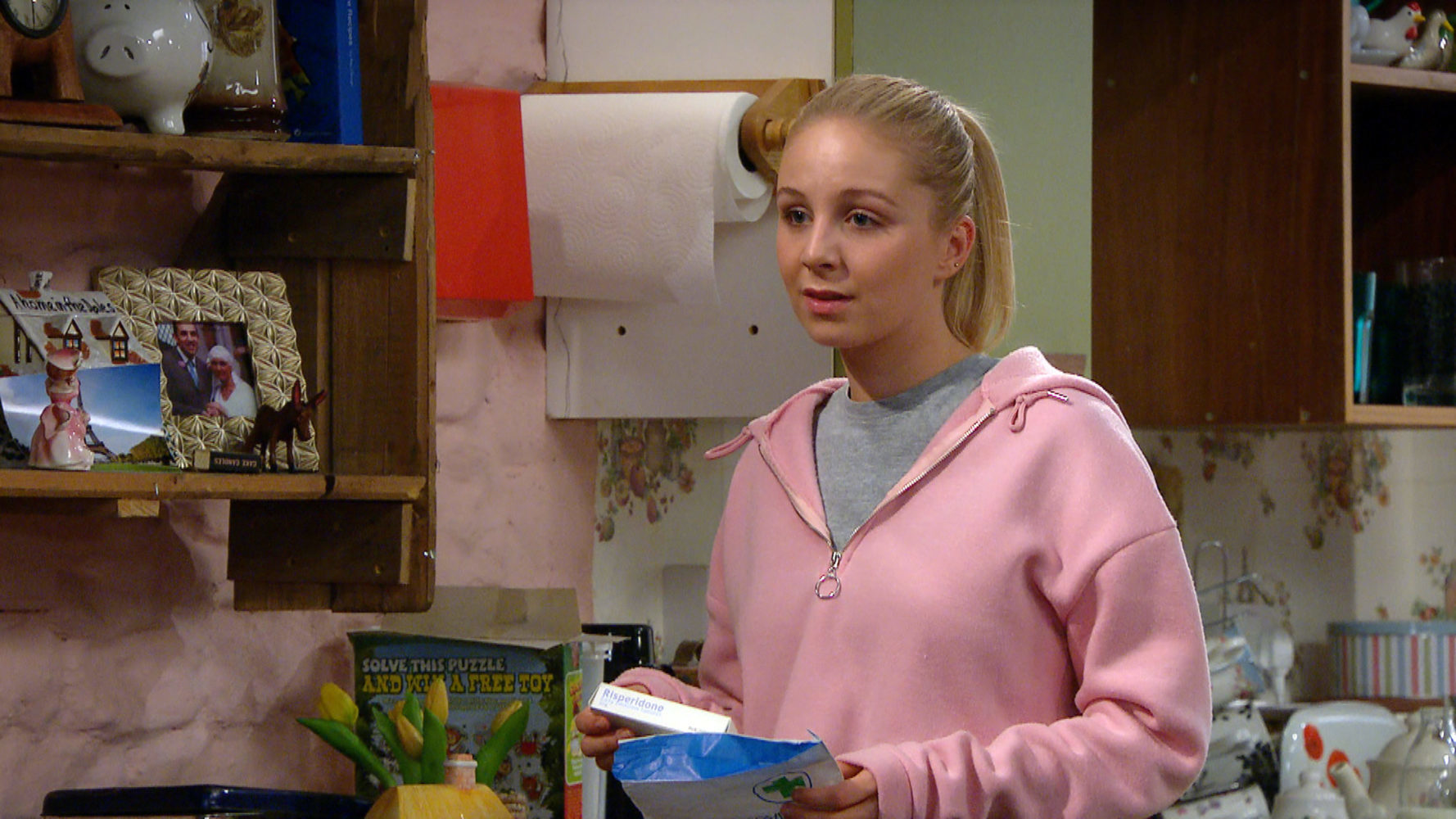 Belle returns from her night at the police station and Sam is worried when he realises that she’s behind on her medication.

The voice of Lisa tells Belle not to take her pills, and she obediently does as she’s told. 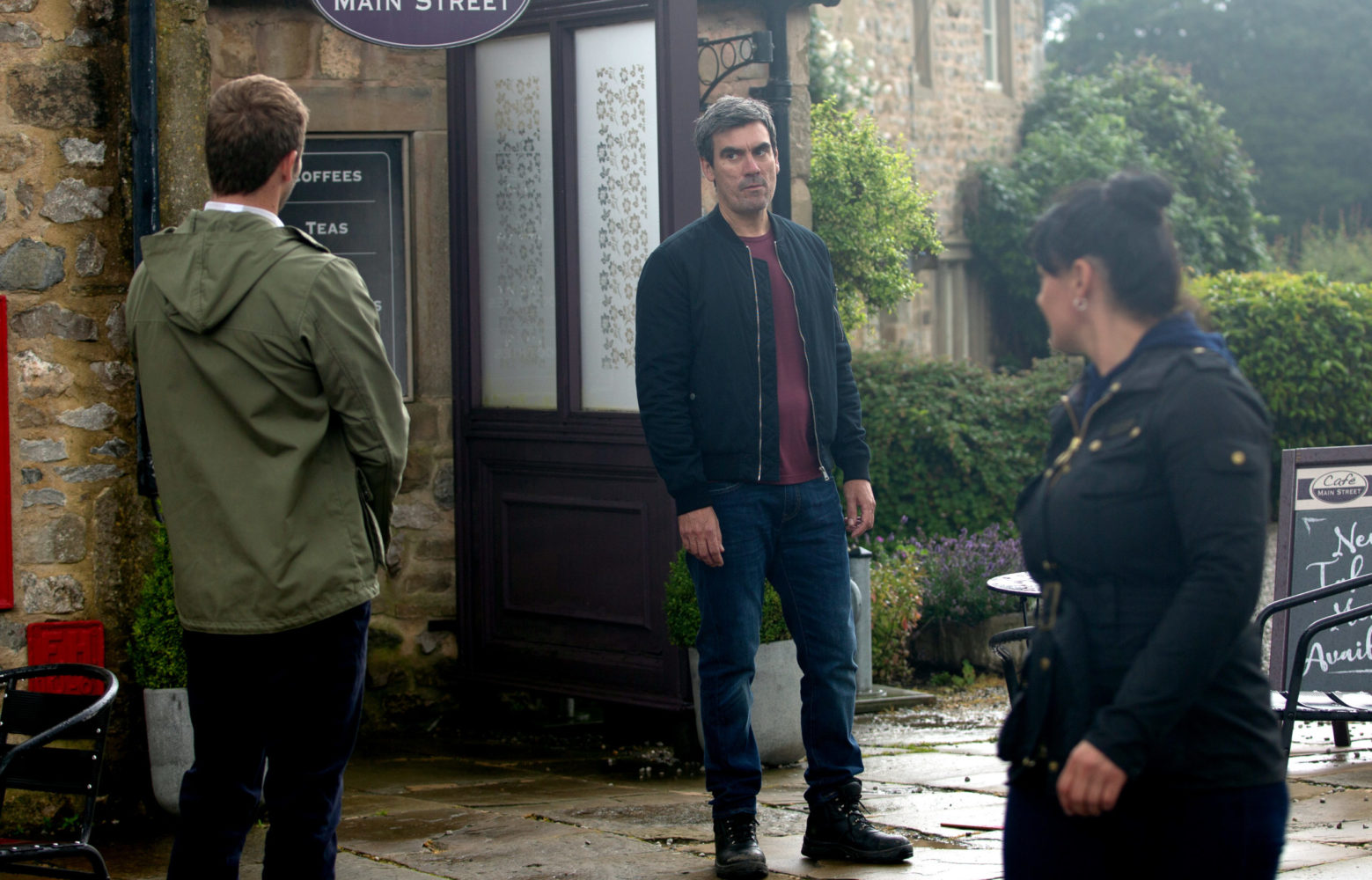 Cain and Moira see Jamie in the street, and an argument breaks out.

Moira convinces Cain to walk away before things get out of hand. 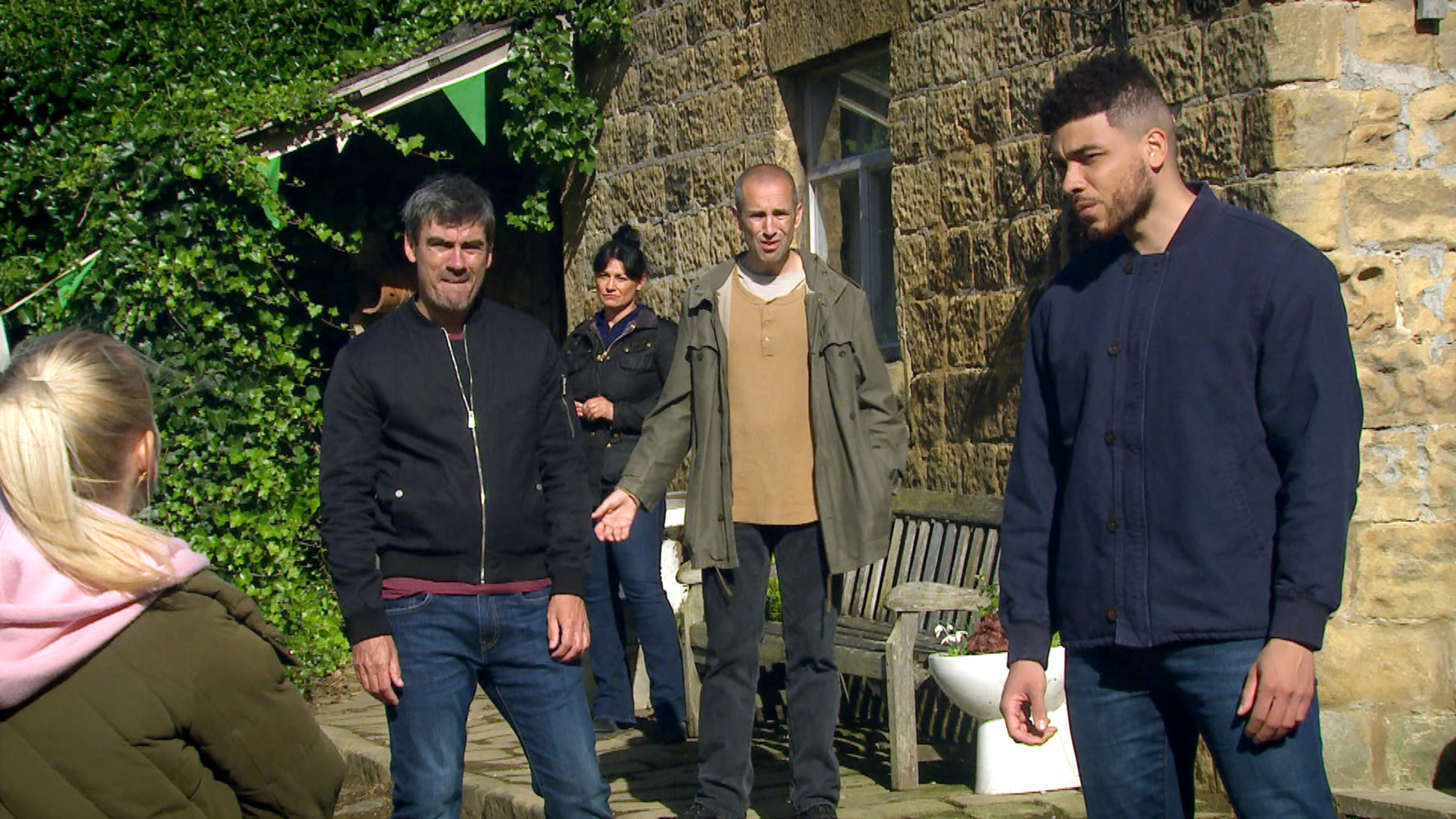 Nate is shocked to discover Belle’s history with schizophrenia.

The Dingles realise Jamie has cottoned onto their plan and they are forced to think fast.

Nate offers to take the blame for the hit and run to protect Belle. 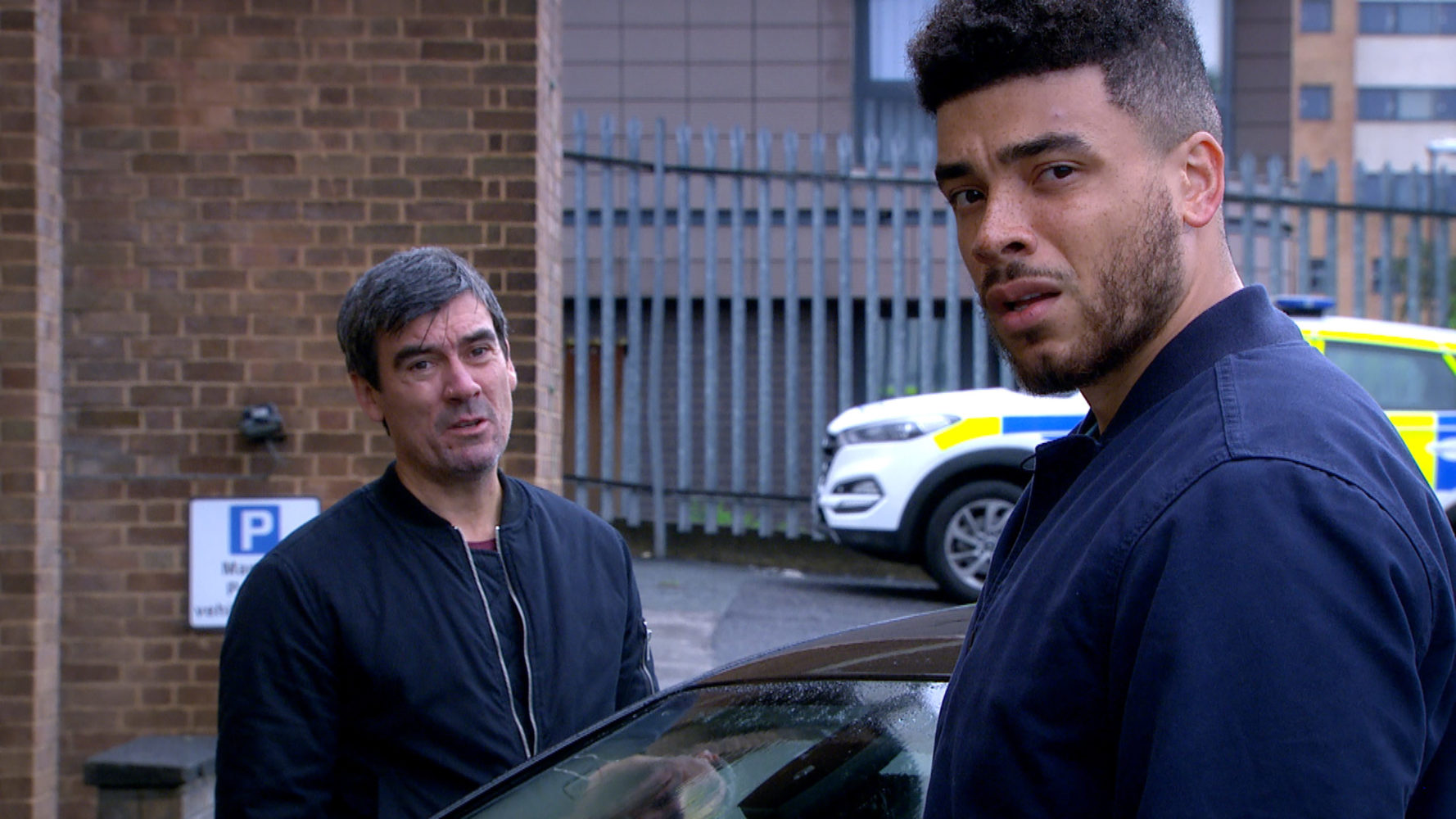 Cain is full of admiration that his son is about to sacrifice his future for the family.

But when Tracy hears his plan, she is livid.

Will Nate find the courage to take the blame for a crime he didn’t commit? 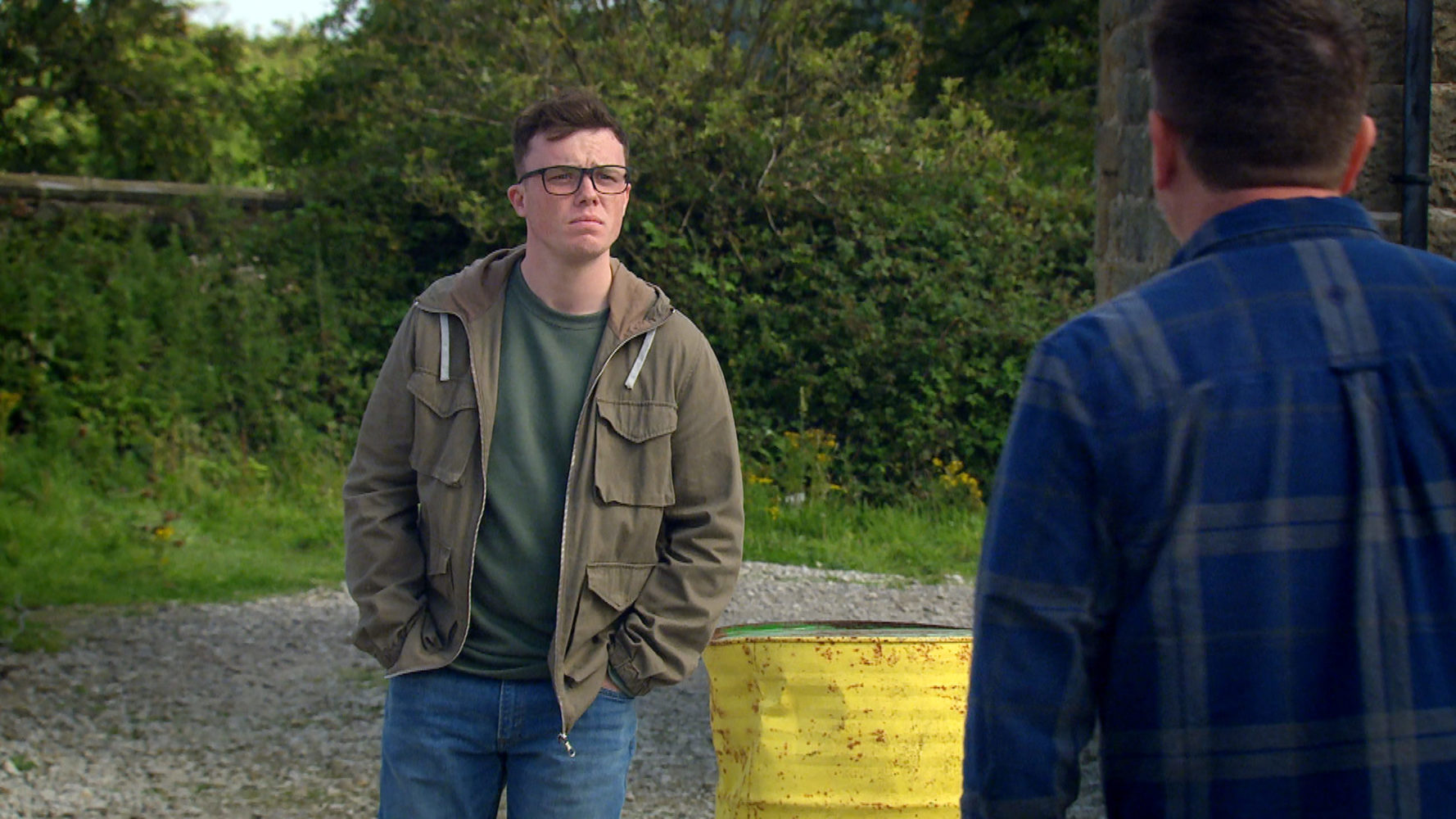 Mandy is struggling to get the money for the salon together, not realising Paul is gambling again to get the cash for her.

When he loses all his money, Paul steals Ellis’s watch to try and win back what he lost.

Paul catches Billy and Ellis fighting over the stolen watch and, feeling guilty, he later returns it.

But when Vinny hears the watch mysteriously reappeared, he realises it was Paul. 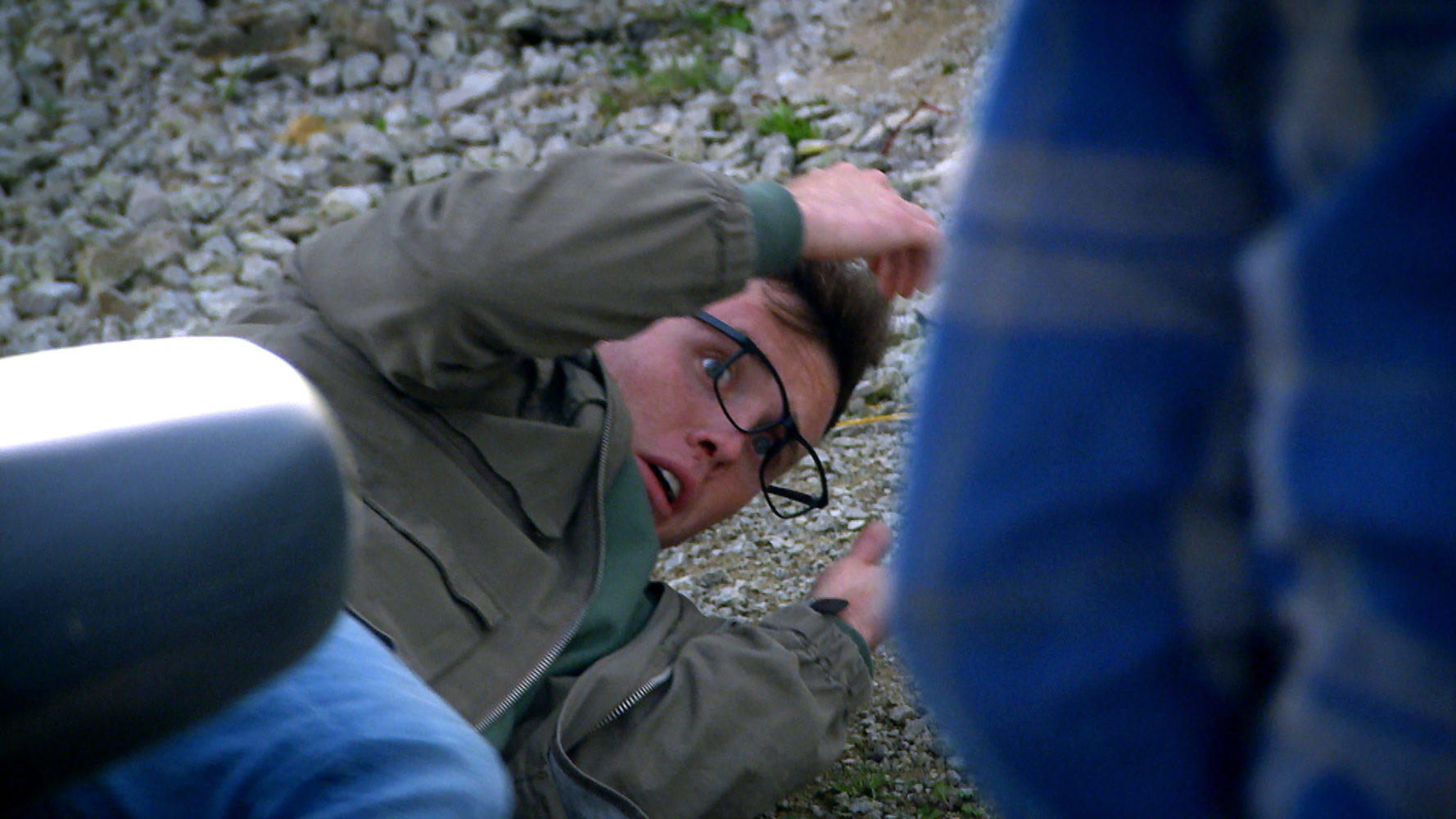 Vinny confronts his dad, but Paul is defensive and lashes out.

Vinny is left battered and in pain, while Paul runs away from what he has done. 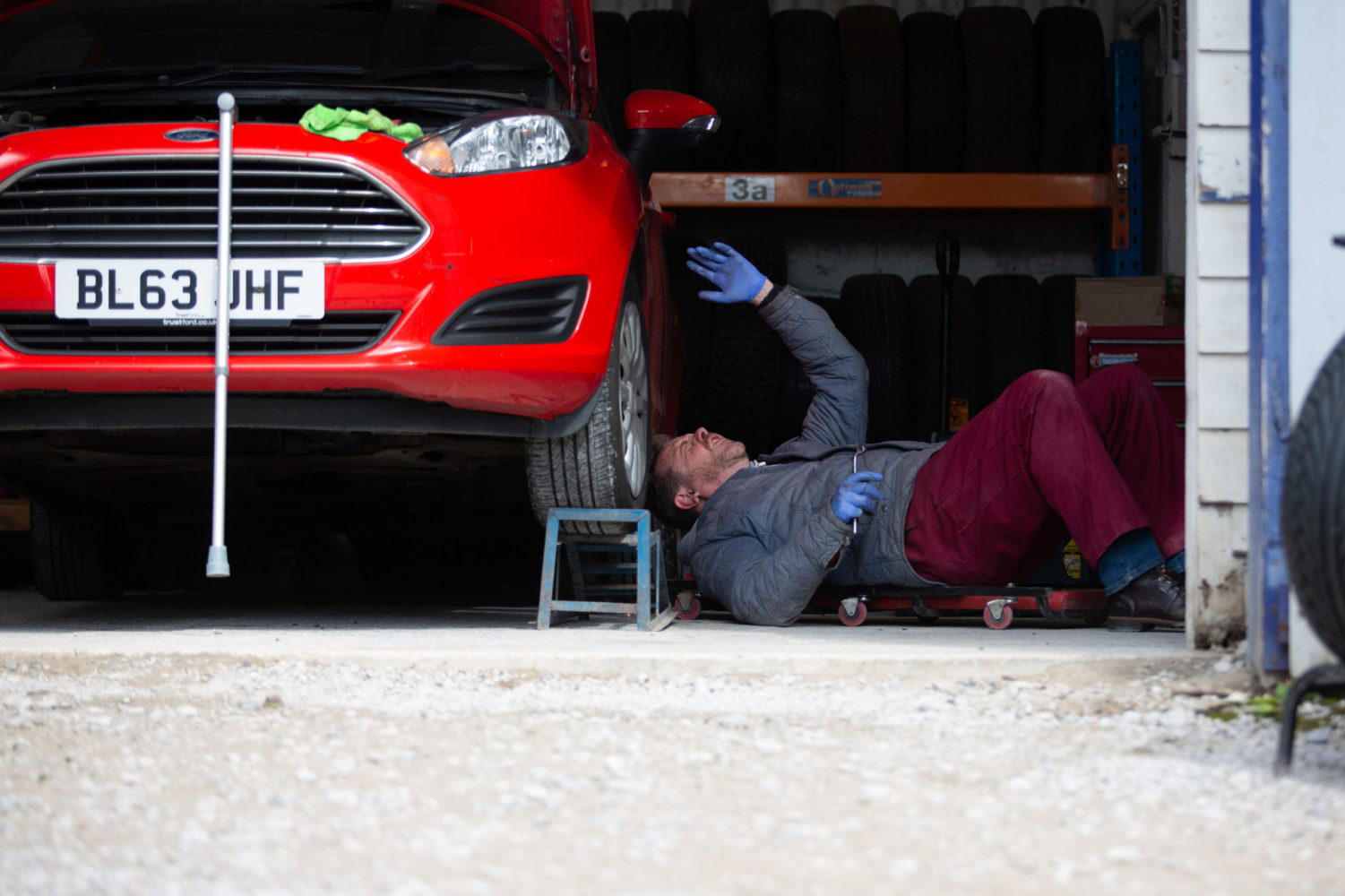 With no money coming in, Dan lies to Cain that he is fit enough to work again.

But when he is unable to pull himself up from under a car, he is in big danger.

When Dan learns that his benefits have been cut, he is devastated. Will Dan tell Amelia the truth about their financial troubles? 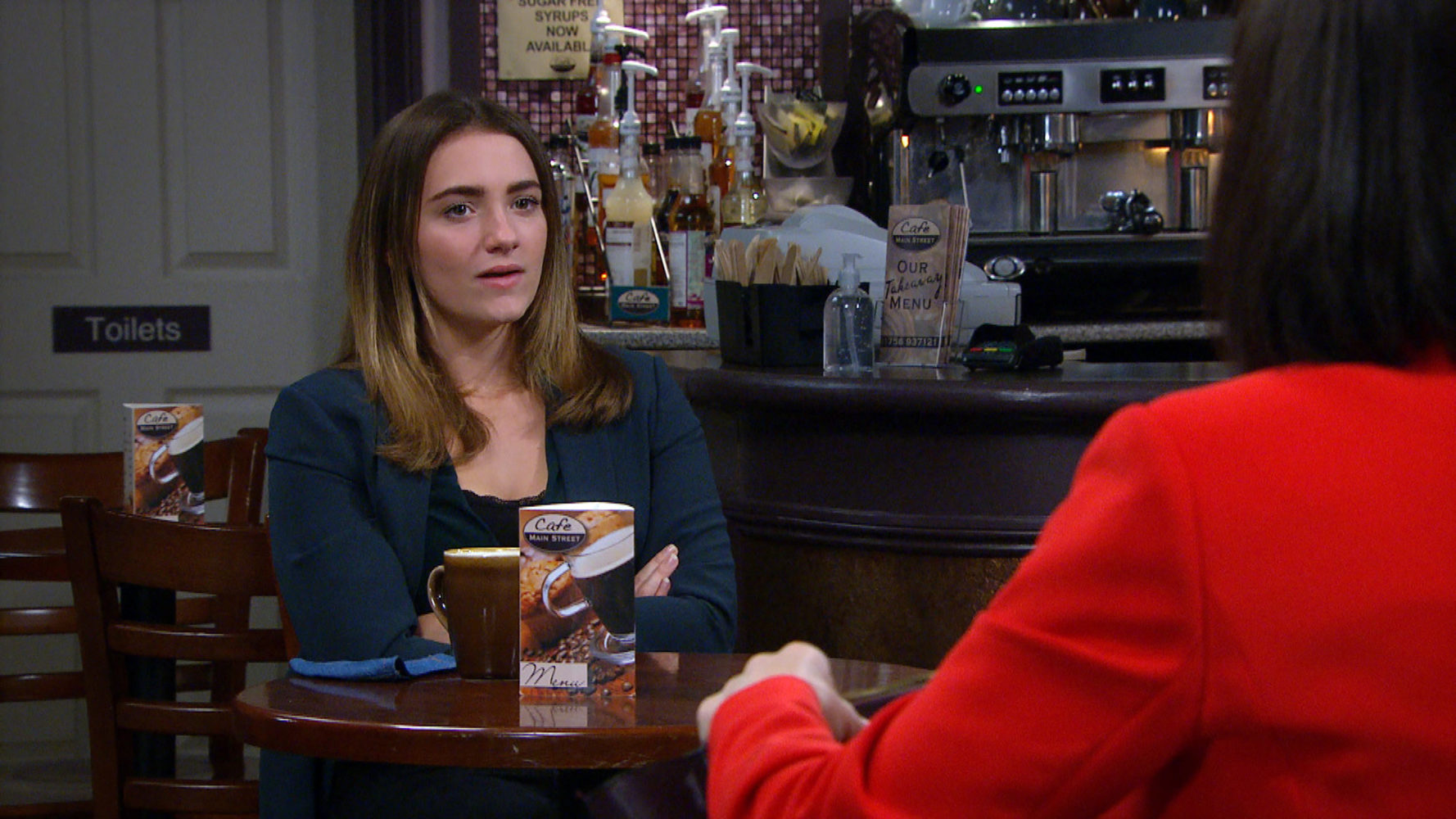 Gabby enjoys spending time with the clients at Take A Vow.

But when Leyla reminds her the job is only temporary, Gabby is fuming. 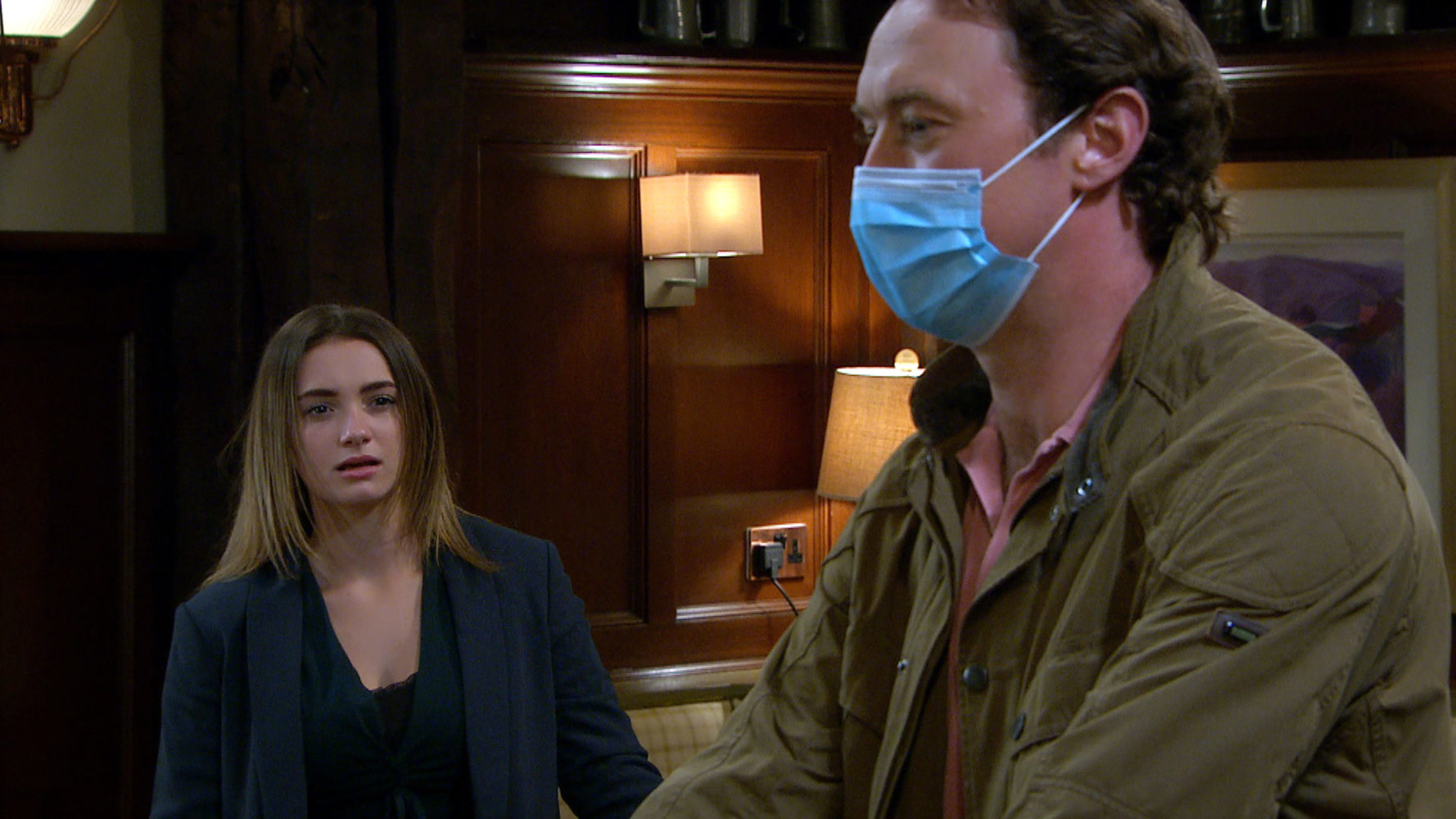 Gabby stirs up trouble when she sees Liam and Meena having a drink together. 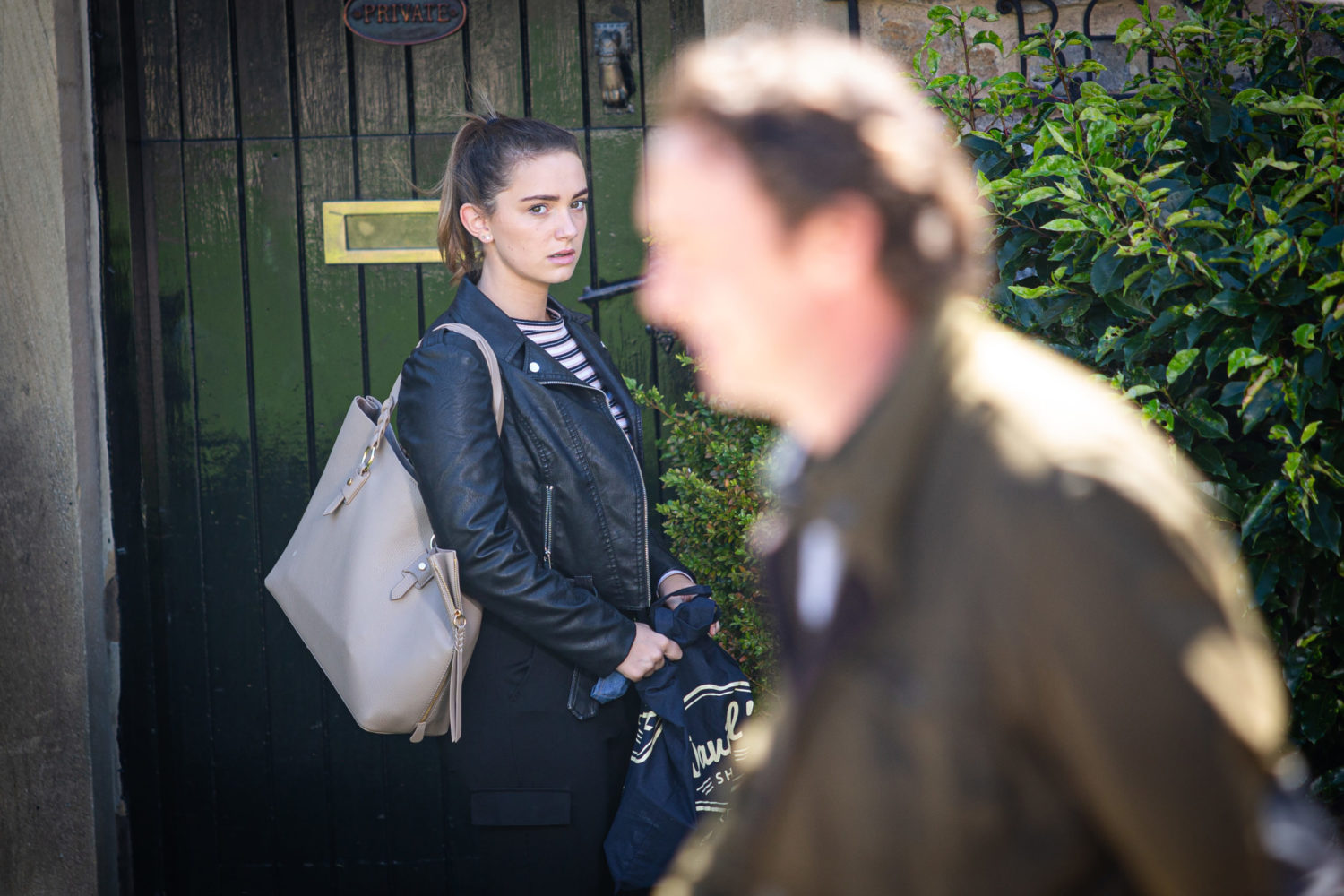 Liam is confused about why Leyla is giving him the cold shoulder.

But soon it is Gabby who is regretting her actions.