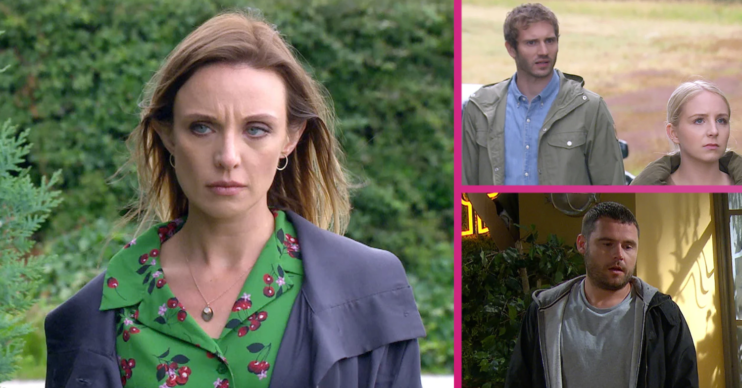 Emmerdale spoilers for next week reveal Moira discovering it was Jamie who mowed her down in the hit and run accident.

Meanwhile, Cain is out for revenge on Jamie, while Aaron’s past comes back to haunt him. 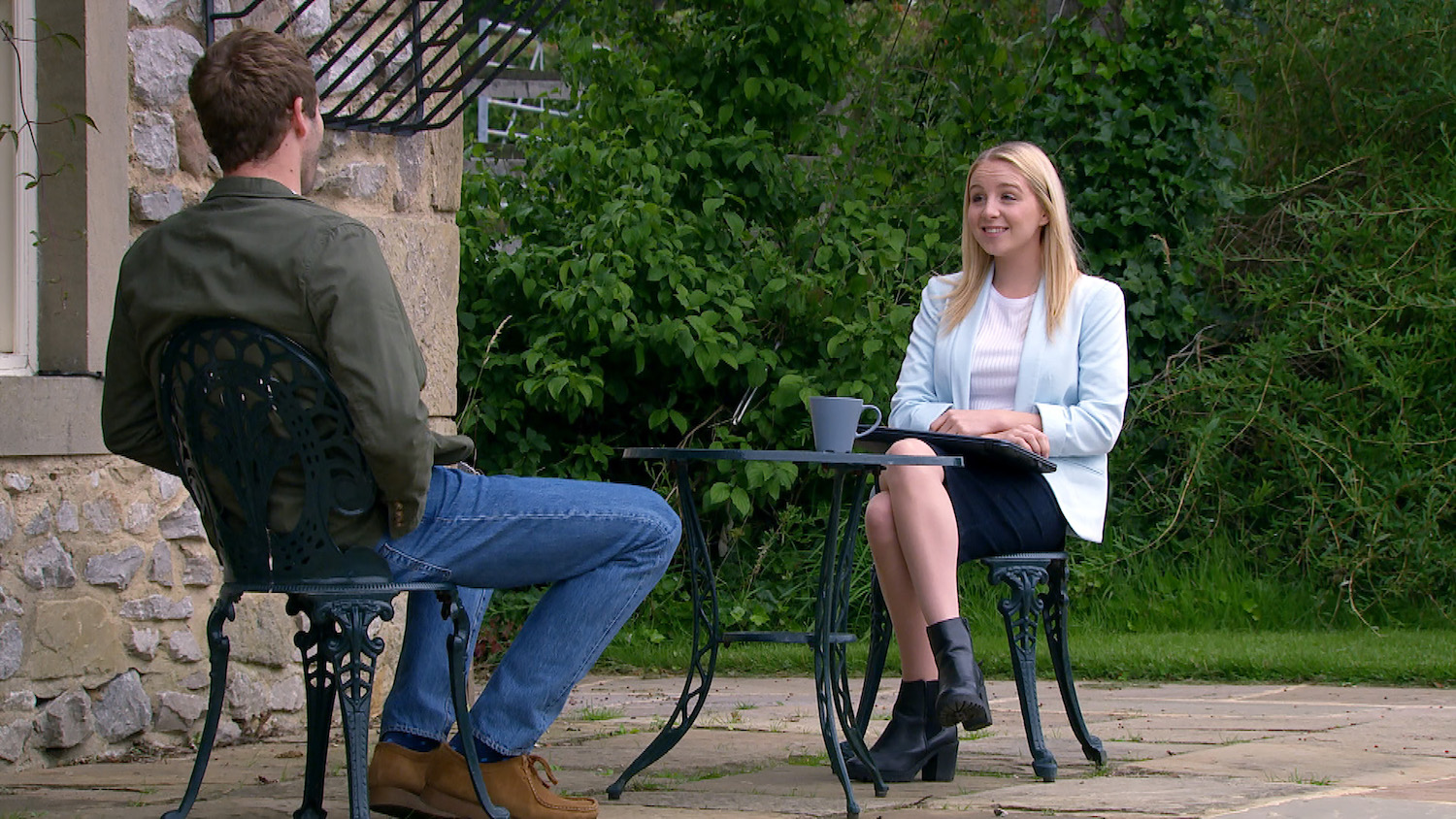 Jamie brags to Belle that he has managed to keep Andrea on side by letting her see Millie.

Belle and Jamie laugh at the fact Andrea has fallen for their lies.

But little do they realise, Andrea has overheard everything. 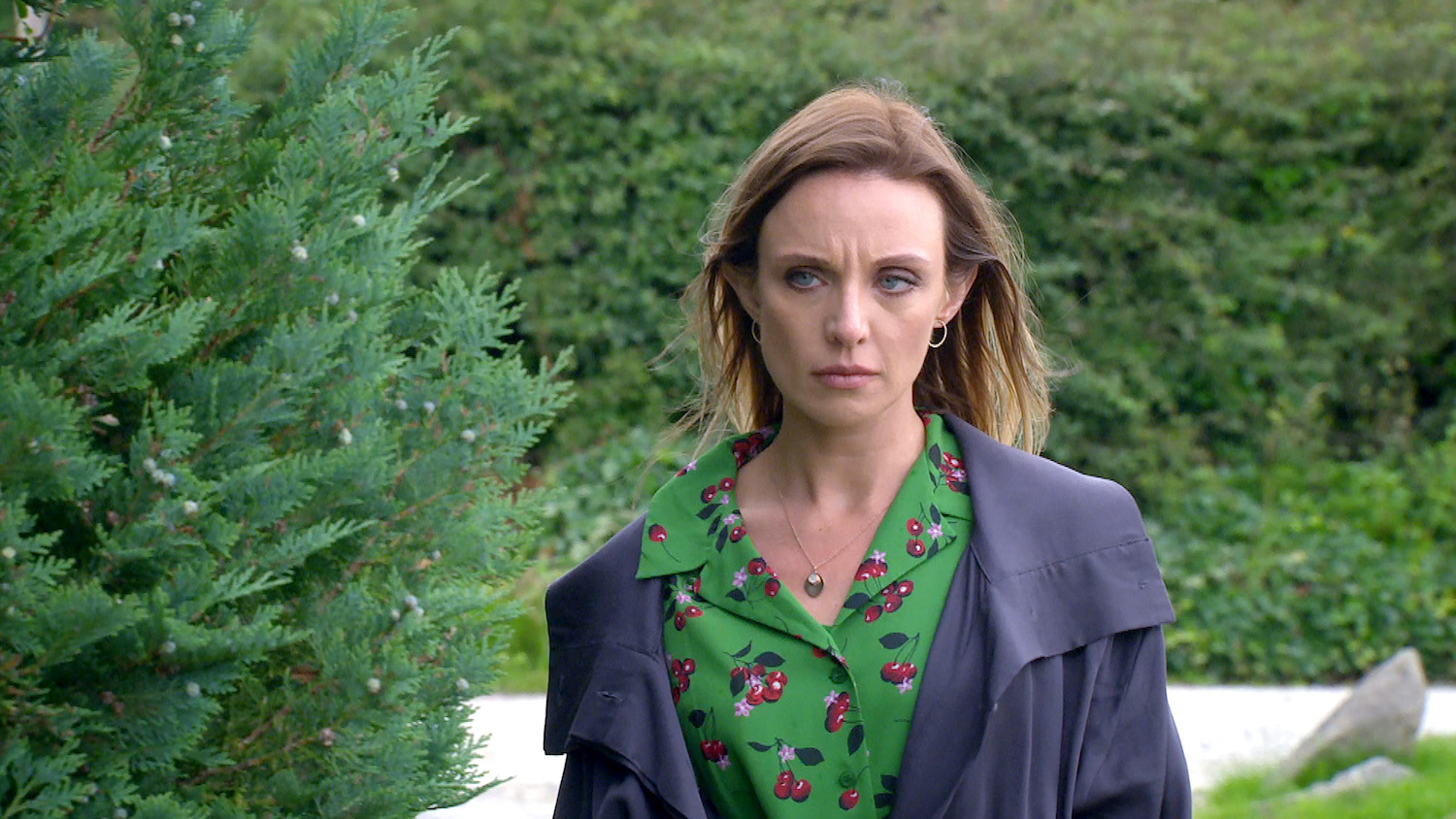 Andrea is seething about being played for a fool.

Out for revenge, she tells Moira that Jamie is the one who left her for dead on the side of the road.

Moira confronts Belle, but she plays dumb, but Cain and Moira are convinced she’s lying. 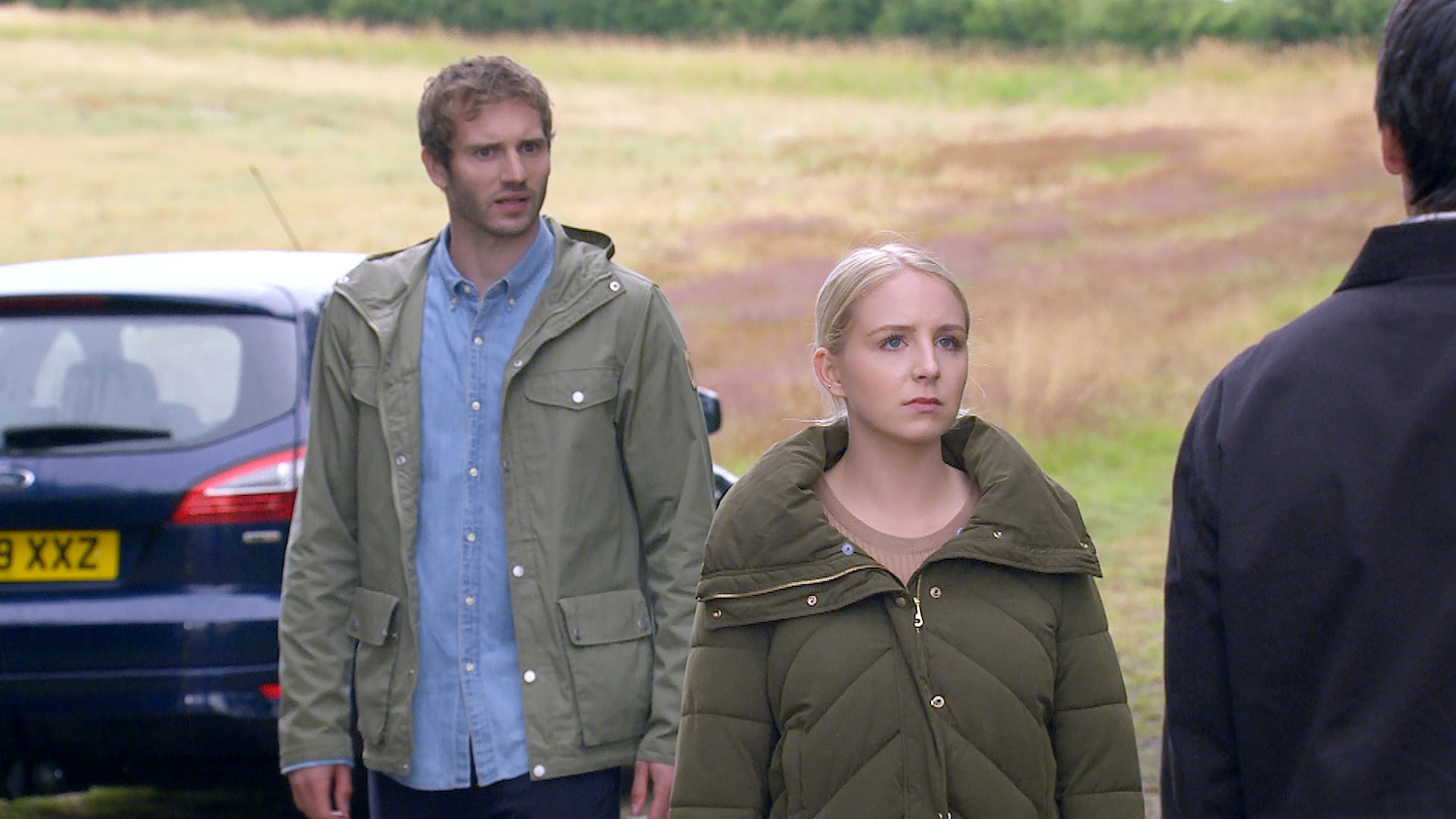 Jamie assures Belle he has hidden the evidence linking him to the hit and run.

They head to the lake where Jamie dumped the damaged car parts to make sure they’re hidden.

Happy that the evidence gone, Jamie declares his love for Belle. 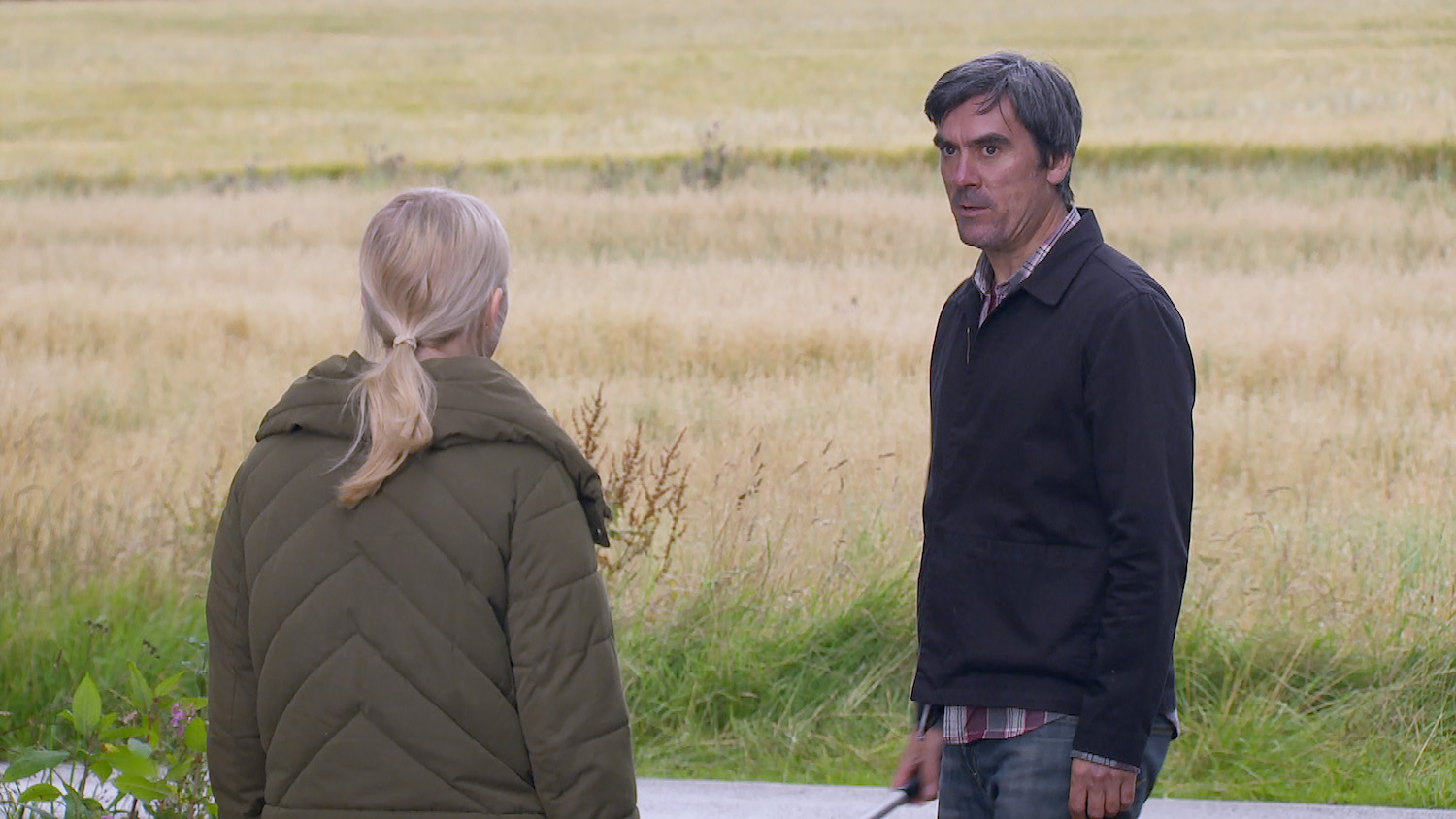 But there is trouble when a fuming Cain tracks Belle and Jamie down.

Cain wants revenge on Jamie and is soon approaching, armed with a baseball bat.

Is Jamie about to pay for his crimes? 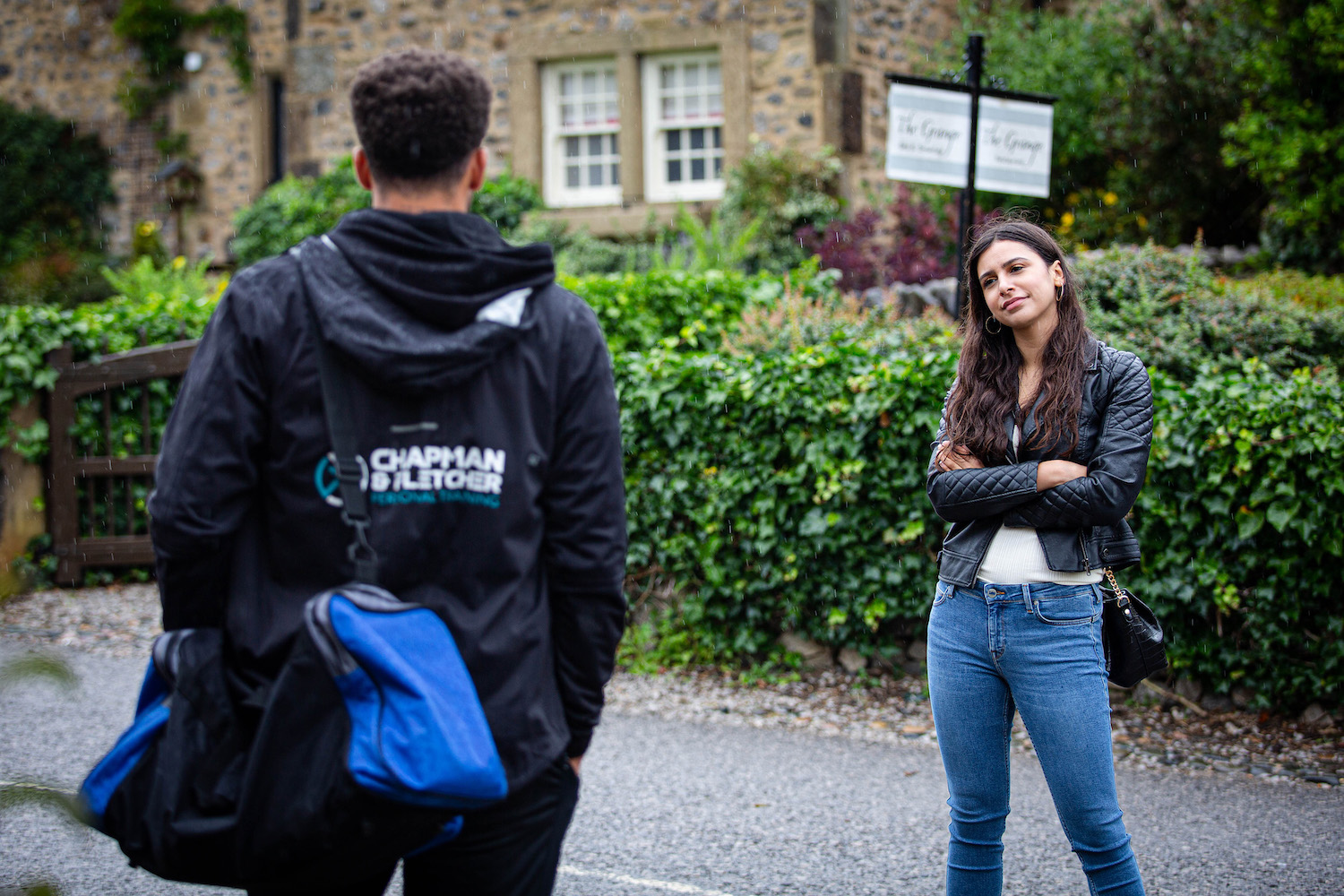 Newcomer Meena puts Dawn’s nose out of joint when she starts flirting with Billy.

Dawn may have ended things with Billy, but that doesn’t mean she wants anyone else to have him.

Dawn and Meena clash, but soon Meena has bigger things to worry about. 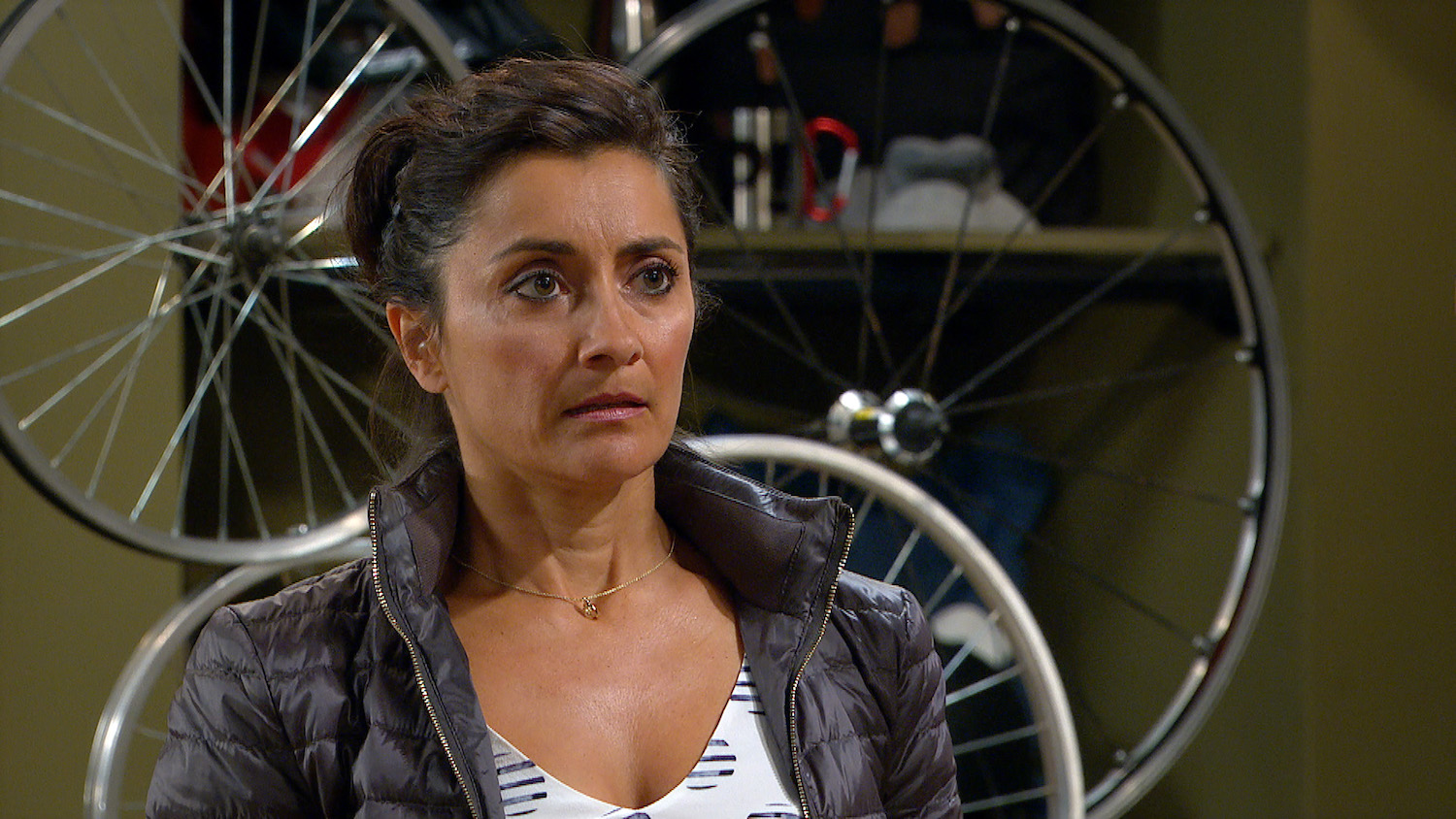 Manpreet announces they are going for a family bike ride to solve their differences.

But once back from the ride, she is shocked to see her sister, Meena, in the village. 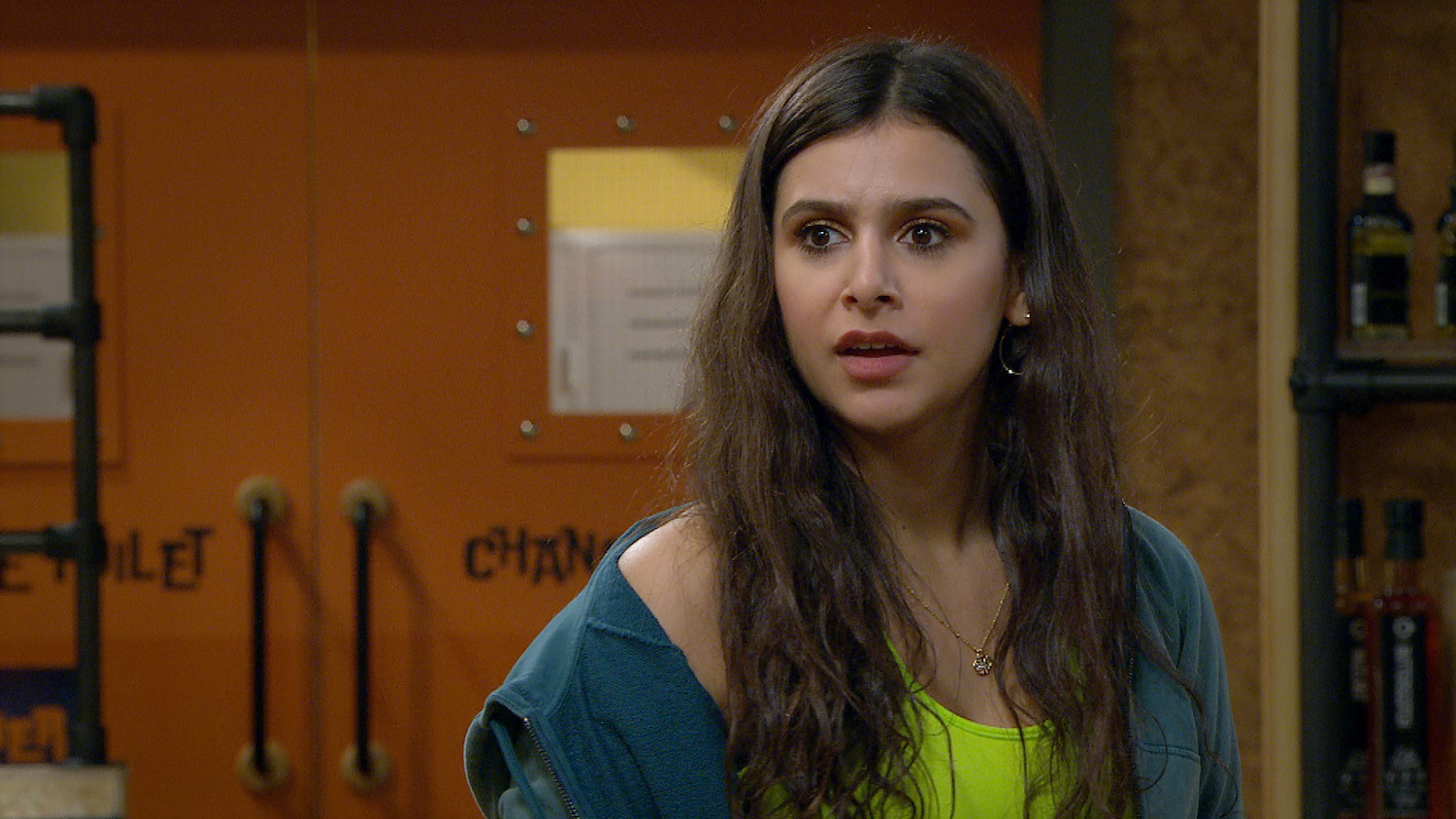 It’s clear the siblings have a complicated history, but why isn’t Manpreet happier to see her sister? 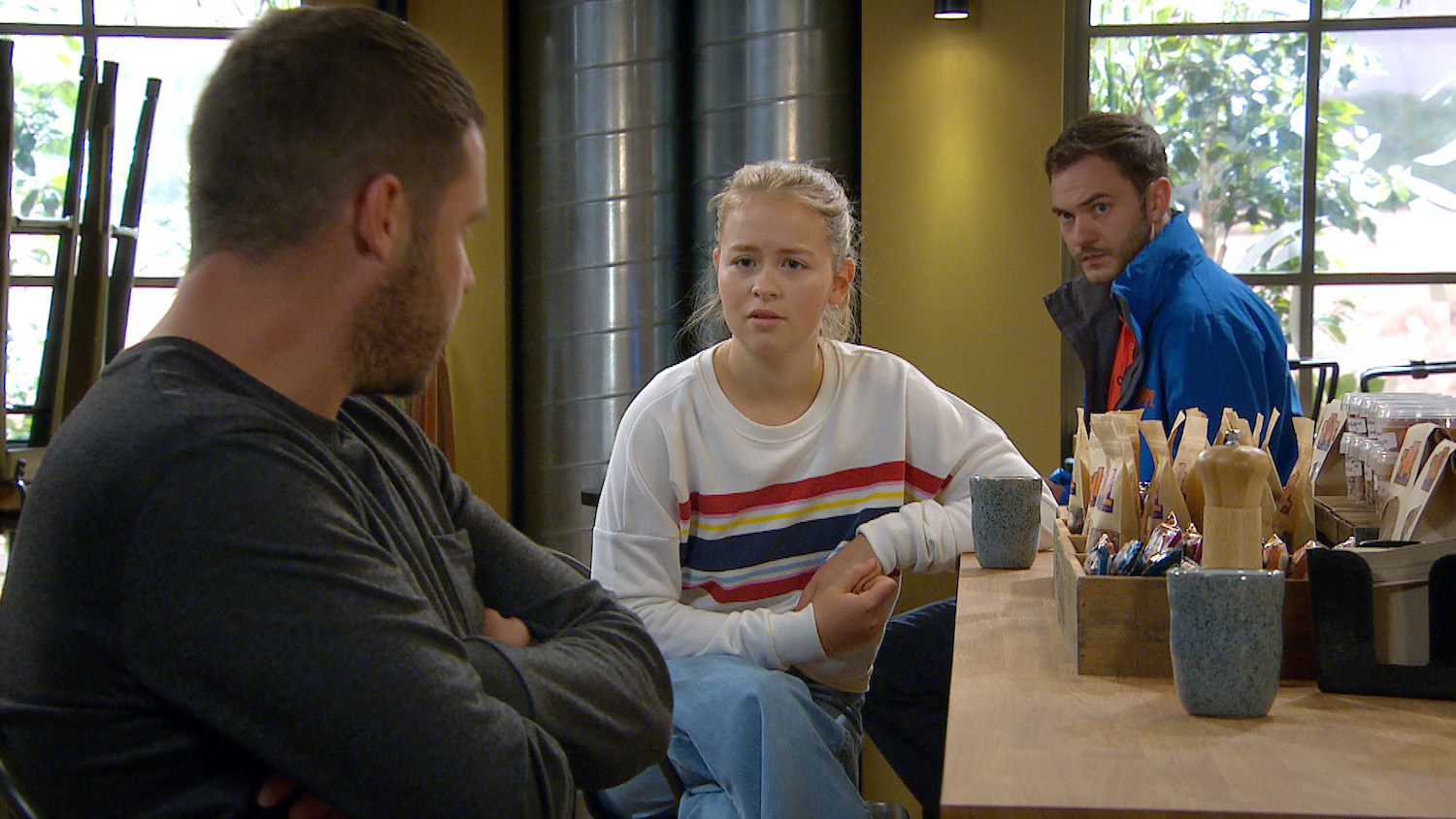 Liv notices how much time Aaron has been spending at the Hide, but she soon twigs that he’s there to see newcomer, Ben.

Aaron clearly has the hots for the new kayaking instructor.

Al introduces Aaron and Ben and it is clear there’s a frisson between the pair. 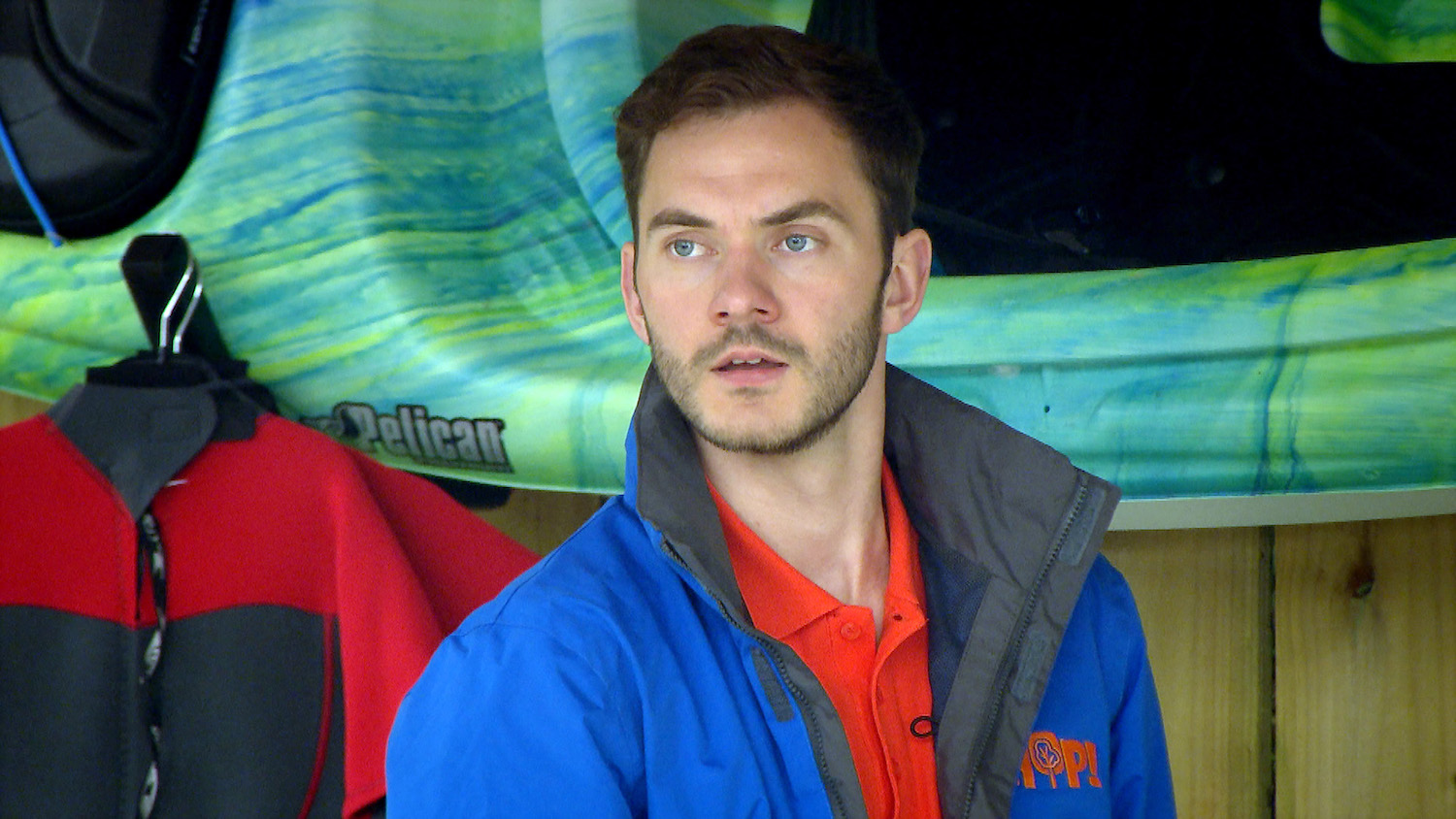 But Aaron is in for a shock when he books a kayak lesson to get to know Ben better.

Ben points out they already know each other, because Aaron used to bully him at school.

Aaron is ashamed to remember he tormented Ben for being gay and tries to repair things. 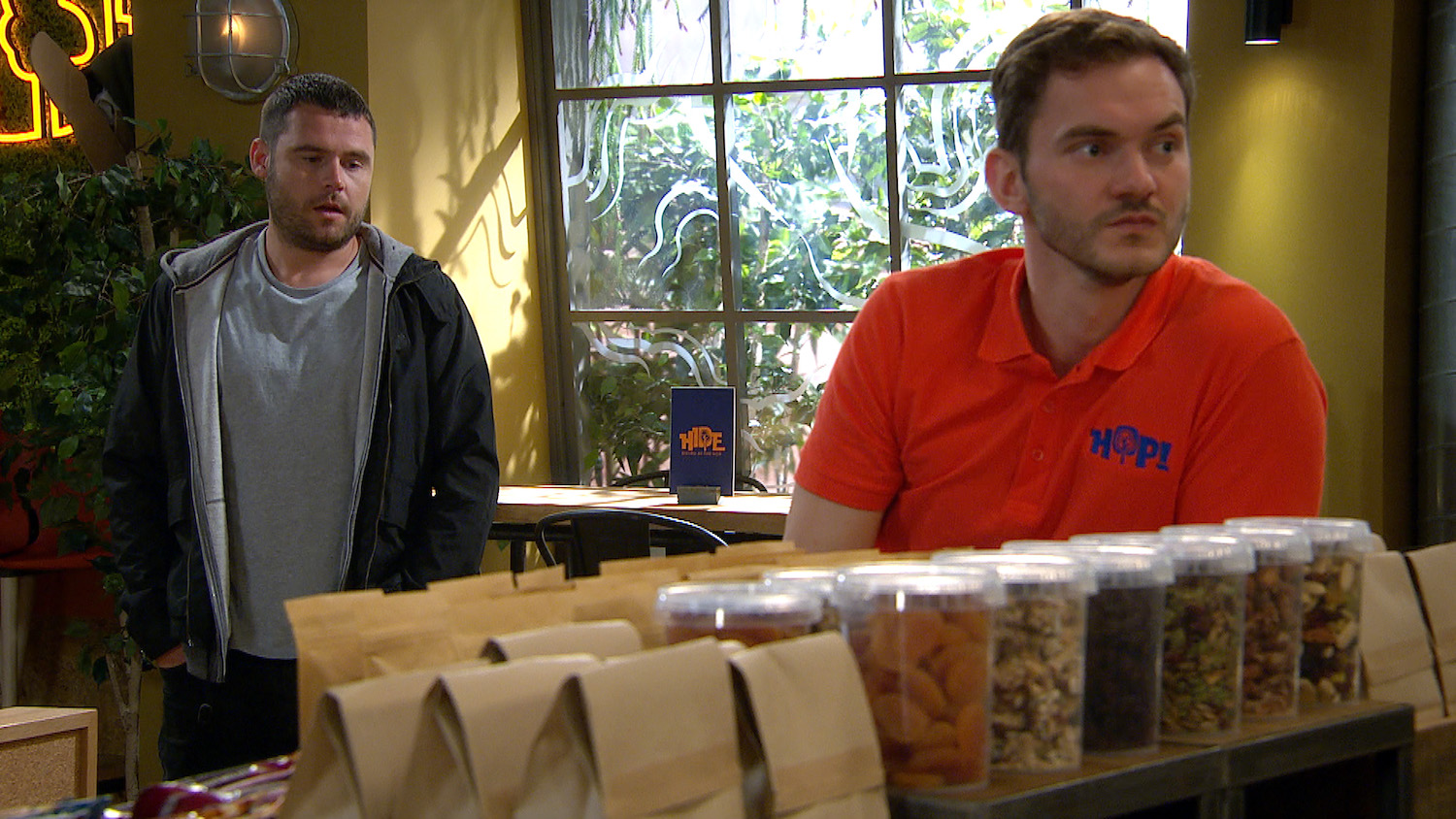 Ben and Aaron soon plan another date… could this be the start of a new romance?